Cup winners tend to benefit from the luck of the draw 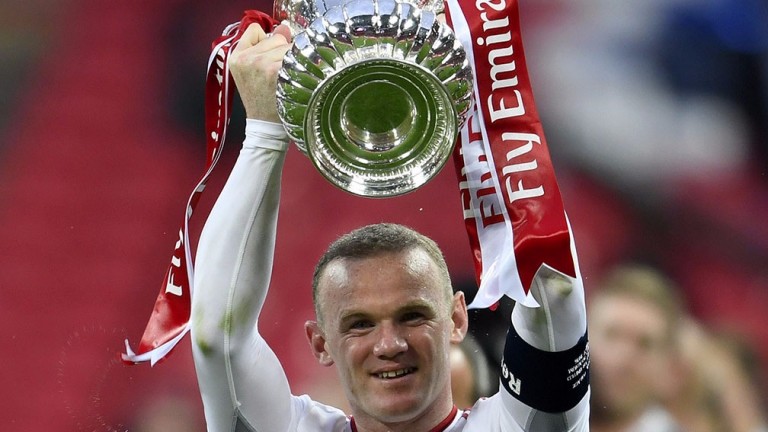 The FA Cup blends skill and luck. To win it a team have to be good, but usually they get some help from the gods as well.

Chelsea, Liverpool and Manchester United received it with home draws in this weekend’s fourth round to opponents from a lower division. In the third round they were also drawn at home to lower-level opponents.

FA Cup winners tend to come from the top half of the Premier League – and the nearer the top the better.

But even the best teams sometimes benefit from the assistance of an outside agency.

Success equals skill plus luck according to acclaimed psychologist Daniel Kahneman. He is a Nobel Prize winner so who are we to argue with him? And why would we want to? Intuitively what he says makes sense.

Luck in the FA Cup starts with the draw. There are four rounds of the FA Cup for which a Premier League team could be drawn either home or away: the third, fourth, fifth and sixth. The semi-finals and final are played at a neutral venue.

If the draw played no part in the outcome we should expect the average number of home draws of FA Cup winners to be 2.0. Over the last 20 seasons it was 2.5. No team won without a home draw. Only three teams won with a single home draw. Eight winners had two home draws, six had three home draws and three had four home draws.

Winners were three times as likely to have had four or three home draws as they were to have had one or zero.

Paradoxically, luck in the draw consists of being put in a tie that is more likely to be decided by skill. That is a tie at home, where teams tend to get better results, against opponents from a lower division, who are likely to have less ability anyway.

Only two FA Cup fourth-round ties will feature teams from the same division. As the number of divisions between teams grows, so, as a rule, does the difference in ability.

And when the difference in ability between teams widens so does the chance of a high score.

Scores rise as the gap in ability between opponents expands, but some things fall, such as bookings make-ups.

Take markets in which each yellow counts as one and each red as 25. The average makeup in FA Cup ties between two Premier League teams was 36, the same as it was for Premier League games.

When Premier League teams played in the FA Cup against opponents from a lower level the average bookings make-ups were 28 against the Championship, 26 against League One, 25 against League Two and 23 against non-league clubs.

Cream usually rises to the top

There are slightly fewer Premier League teams in the FA Cup fourth round than in the past -- 13 this season compared with an average of 15 over the last 20 seasons.

This season Premier League teams represent 41 per cent of all those in the fourth round. Across the previous two decades they represented 46 per cent.

This season too we should expect the proportion to rise. By the time we get to the latter stages it might be similar to what it was before.

Four of the seven Premier League teams knocked out in the third round this season lost to other Premier League teams. That is another aspect of the luck of the draw. This weekend there will be only two FA Cup fourth-round ties between two teams from the Premier League. Over the previous 20 seasons the average was four.