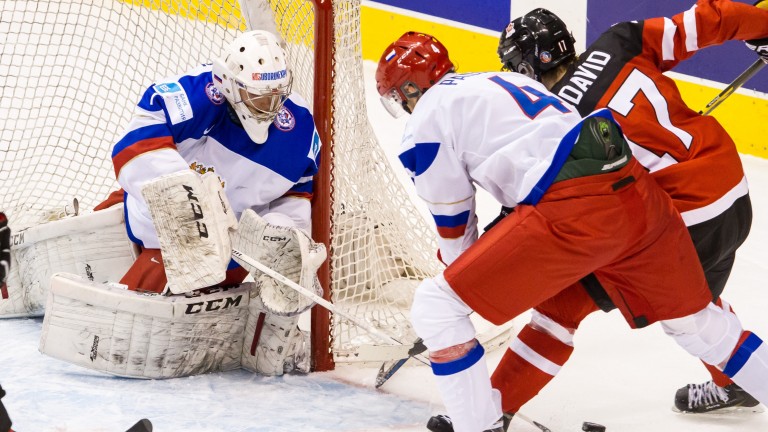 CSKA goaltender Ilya Sorokin has averaged just one goal conceded per game in the playoffs
Dennis Pajot
1 of 1
By Adam Scriven 8:00PM, MAR 27 2019

The capital side have won two of those but on the other occasion, in 2015, SKA took the best-of-seven series and went on to lift the Gagarin Cup - a prize which has eluded CSKA since the KHL was formed in 2008.

The Red Army are odds-on to end their championship drought and they will be confident of vanquishing their old foes to claim the Conference title. CSKA won all four runnings of the Army Derby in the regular season, with only the first of those requiring overtime.

CSKA's game is built on solid defence. They conceded just 75 goals in 62 regular-season matches and have continued that form in the playoffs. Goaltender Ilya Sorokin has started all nine post-season games for CSKA and let in just nine goals.

SKA's league-leading offence relies heavily on their top line and the regular season's most prolific forward Nikita Gusev has done the lion's share of scoring for the St Petersburg men in the playoffs.

The Muscovites, whose scoring has been shared more evenly among their forwards, should be able to comfortably outmatch their rivals as long as their defence can shut down Gusev.

CSKA took the last three meetings between the sides by at least two goals and there seems no reason to think this conference final opener should go any differently.