Eagles could collect most bookings points at Goodison

Heckingbottom had to accept Leeds offer and leave Barnsley 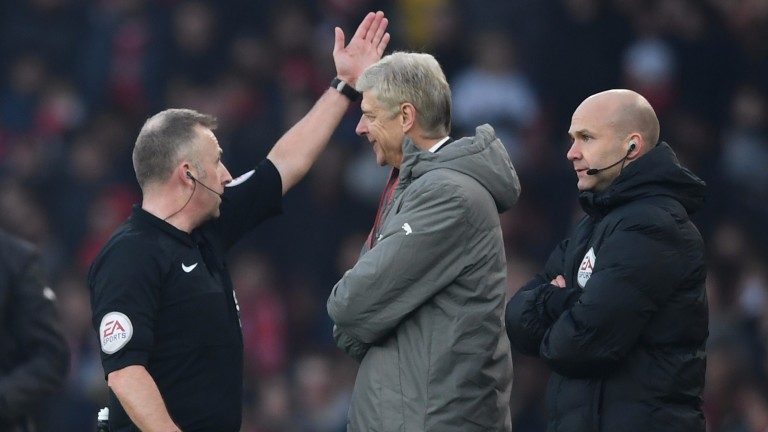 Roy Hodgson’s teams do not usually receive many bookings. They are committed – they could not have achieved good results otherwise – but they manage to be committed without collecting large numbers of yellows or reds.

Nonetheless there are games in which they receive more bookings than their opponents. And the chance of that happening to Crystal Palace in their Premier League game at Everton may be greater than acknowledged by Sky Bet, who quote 9-4. Each yellow will count as ten points and each red as 25.

Everton playing at home would seem to be the more likely winners of the match, though not by a great deal. In such a contest the away team would normally be more likely than the home team to receive most bookings points. Even I accept this is not the case at Goodison.

Generally speaking, unusual stats tend to become less unusual over time, but the change does not take place all at once.

We must also consider the fact that Hodgson’s teams have a long-established habit of being able to play firmly but fairly. So we should not expect Palace’s card counts to rise too much.

Sam Allardyce’s teams across his career have accumulated slightly more cards than we should have anticipated from the number of games they have won, drawn and lost – though more often near the beginning than in recent times. And in any event, Everton’s card counts in home games this season were higher before Allardyce was appointed than they have been since.

So Palace probably are more likely than Everton to receive most bookings points. But there are reasonable grounds for thinking that the difference between the odds for each team should not be as big as Sky Bet make it. They quote Palace at 9-4 and Everton at 10-11, with a tie at 11-4. The referee will be Jon Moss.

THOUGHTS FOR THE DAY

Last week Paul Heckingbottom signed a new contract as manager of Barnsley. This week he left for Leeds. Barnsley said they were shocked. Heckingbottom would have been silly to stay.

He might not have got another opportunity to manage a club of the stature of Leeds, who are one of the bigger clubs in the Sky Bet Championship.

He might not manage Leeds for long, but if they sack him they will have to honour whatever is left on his contract. And having worked for Leeds would stand him in good stead when applying for other jobs.

Accepting Leeds’s offer should have been a no-brainer.

Barnsley could be relegated from the Championship. If Heckingbottom had stayed he might not have been sacked then – but it is likely that sometime not long afterwards he would have suffered a run of bad results and been fired.

Any manager who shows loyalty to his employer is foolish. Clubs can praise a manager one day then sack him a few months later. Ask Marco Silva, recently of Watford. Managers should take any good offer they get, because they might not get another one and they cannot count on keeping they job they are in.

There are a few derbies this weekend, led by the Premier League rivalry between Tottenham and Arsenal.

Bookings make-ups in derbies seem to be about one-third higher than in other games. Judging by what happened in the Premier League over the last 20 seasons, at least.

In most bookings markets each yellow counts as ten points and each red as 25. The average make-up in those derbies was 49 points. In other Premier League games it was 36 points. Average make-ups in derbies were about one-third higher.