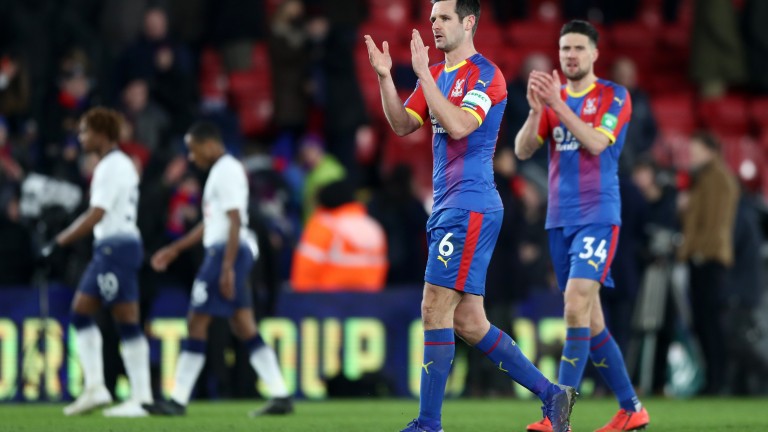 Tottenham became the third members of the Premier League's big six to exit the FA Cup early in the competition after a 2-0 defeat at Crystal Palace completed a miserable few days for Mauricio Pochettino's men.

Spurs, beaten on penalties by Chelsea in the Carabao Cup semi-finals on Thursday, suffered another knockout blow, once again experiencing agony from the spot in the fourth-round exit at Selhurst Park.

Former Tottenham man Andros Townsend notched from 12 yards to put Palace 2-0 up after Connor Wickham had opened the scoring but Kieran Trippier of Spurs hit his first-half penalty wide.

Palace held out reasonably comfortably after the break and are 13-1 with Paddy Power and Betfair to win the FA Cup, while Chelsea are 4-1 following a comfortable 3-0 success over Sky Bet Championship outfit Sheffield Wednesday at Stamford Bridge.

Willian's penalty put Chelsea ahead at the break and from that moment an upset never looked likely.

Callum Hudson-Odoi, who has reportedly handed in a transfer request, doubled Chelsea's advantage and Willian made sure of the victory with a third.

New signing Gonzalo Higuain started for Chelsea but the Argentinian was unable to open his account for Maurizio Sarri's side and will be hoping to make a greater impact on his Premier League bow at Bournemouth on Wednesday.

With Spurs, Liverpool and Arsenal already out there is potential for a soft path through to the next round when the draw is made during The One Show on BBC1 from 7pm on Monday.