Crusaders' charge likely to be too strong for Force

Tahs can triumph at Rebels 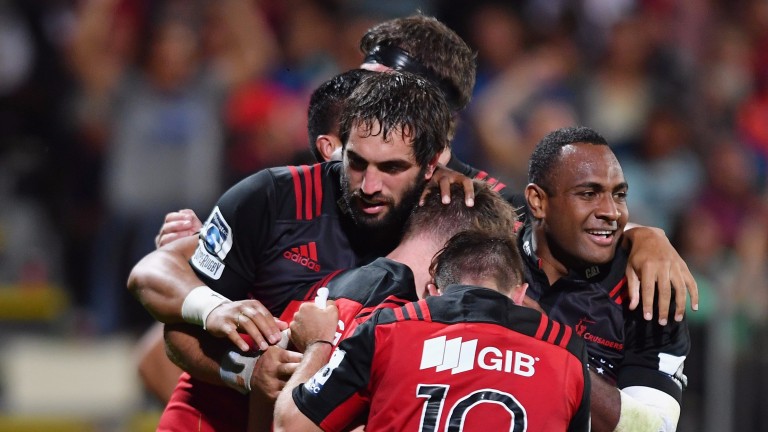 A bet on the Crusaders to give up nine points in the second half to the Force looks the best play in Christchurch.

The Red & Black machine have somehow found a way to win all four of their matches this season, coming from at least 13 points down on the last three occasions. And once they start going through the gears after the break, they really motor, racking up 67 unanswered points in total against the Highlanders, Reds and Blues.

The Force have lost their two road games in Sydney and Canberra this term by single-figure margins but they lost both second halves by ten points.

A Waratahs win by one to 12 points is the wager to strike in Melbourne.

The Tahs are a far better side than is suggested by their three defeats on the trot after a narrow success over the Force. And, while they lost last year's Sydney meeting, they have prevailed on their last two visits to AAMI Park.

The Rebels were reduced to rubble by the Blues and Hurricanes in the first two rounds and although they hassled the Chiefs last Saturday, they still lost 27-14.