Perfect Crusaders can seal top spot with win over Canes

Ngatai can cross as Chiefs look for fluency 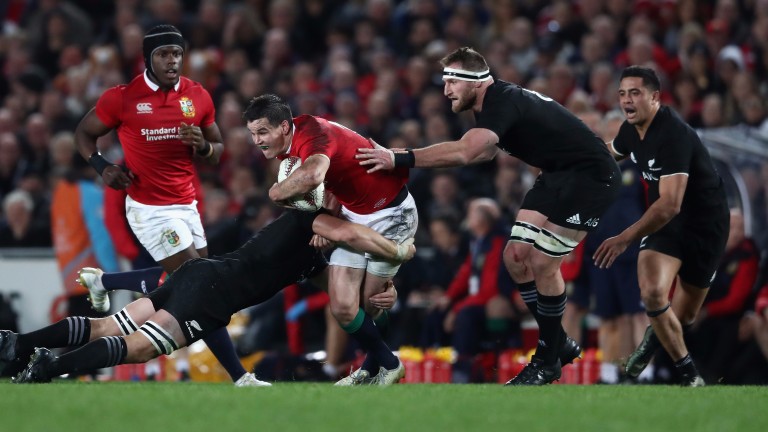 Rebels v Los Jaguares
Sky Sports 3, 10.45am Friday
With the Australian Rugby Union dropping one franchise before the next Super season, this could be the Rebels' last game and bookmakers are expecting more disappointment in Melbourne after a miserable campaign of one win and one draw in 14 games.

However, while Los Jaguares won 40-27 in Sydney last week, the three Tahs tries made it 26 conceded in their last seven matches.

Back Rebels wing Marika Koroibete to score a try. He bagged a brace in defeat to the Force last week and claimed a double against Crusaders before the international break.

The Kings are being dropped from Super Rugby despite a decent season and are looking to go out on a high in Port Elizabeth with six wins in eight games.

The Cheetahs have won only one of six away games and have conceded 33 tries on the road so home left-wing Makazole Mapimpi will be hopeful of scoring his 11th try of the campaign. Back him to bag two, as he did in Buenos Aires two weeks ago and in Brisbane in April.

The Sunwolves have endured such a shocking second season with one win in 14 that the Blues are asked to give up 29 points despite coming from the winter in New Zealand to play in the lunchtime heat of Tokyo. They have also had no game for a month and are dealing with injuries, illnesses and the suspension of Sonny Bill Williams.

Take the Blues to assert their authority by giving up 15 points after the break.

This Hamilton clash could be a Canberra quarter-final next week and while they won’t want to give away clues or expend too much energy before any last-eight fixture, the hosting Chiefs will want to find some fluency after their extended international break.

The Brumbies' backline has been reshuffled because of injuries to Kyle Godwin and Aidan Toua and Chiefs’ livewire inside centre Charlie Ngatai can take advantage.

The fifth-placed Hurricanes clearly want to go to Canberra next week because the champions’ head coach Chris Boyd has brought back all four All Blacks who featured against the British & Irish Lions. They are bidding to avenge a 20-12 loss in Christchurch in May and return to winning ways in Wellington after a 17-14 home loss to the sixth-placed Chiefs last month.

However, kingpin Kiwi number eight and skipper Kieran Read starts and the Crusaders are worth backing at 11-8 to complete a perfect 15-win regular season and claim the top seed in the knockout stages.