Crucible favourite Ronnie O’Sullivan should fly past the Captain 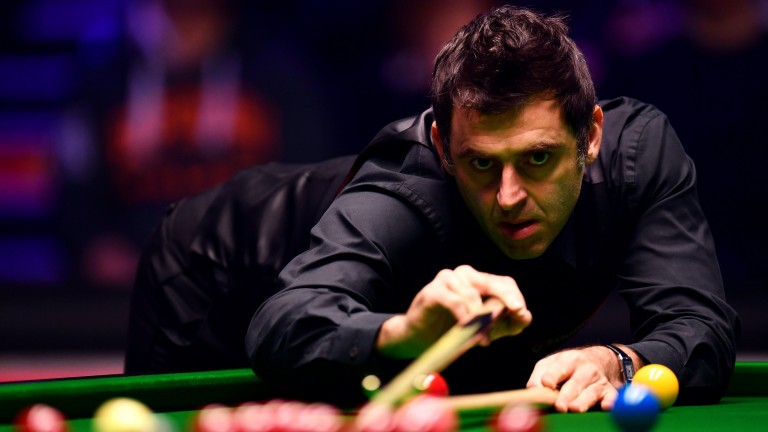 Ronnie O'Sullivan will hope to start better in his second outing
Justin Setterfield
1 of 1
By Adrian Humphries 8:00PM, APR 26 2018

Carter v O'Sullivan 10am
Ali Carter did well to fight back from 6-2 down to defeat 2006 Crucible hero Graeme Dott 10-8 in his Betfred World Championship opener, but as is almost always the case in his clashes with Ronnie O'Sullivan it's about the Rocket's state of mind.

O'Sullivan leads Carter 16-1 in their personal series and the favourite's head-to-head lead is highly likely to increase against the Captain, whose health is still being monitored regularly after battling illness in recent years.

Carter had a couple of century breaks in round one and so O'Sullivan, who trailed Stephen Maguire 6-3 in his opener before winning ten of the next 11 frames contested, may not be able to afford a similar sloppy start against his fellow Essex resident.

But O'Sullivan's mood picked up when he learned about world number one Mark Selby's early exit from the tournament and assuming the Rocket produces a more consistent performance in round two, he should be able to successfully concede Carter a start of 4.5 frames.

K Wilson v Jamie Jones 2.30pm
Kyren Wilson has given Jamie Jones the runaround in five of their six previous meetings, but with the Welshman having played his best snooker at the Crucible their seventh clash could be closer.

Wilson is afforded huge respect by the layers and perhaps that's unsurprising given how he took apart Mark Williams 5-1 in the World Open last year with the aid of breaks of 102, 127, 71 and 135.

The Kettering potter looks a future world champion, but he may be a little short in the outright betting considering Ronnie O'Sullivan, Ding Junhui and John Higgins are safely through to the last 16.

Wilson will hope to increase his head-to-head advantage over Jones, but it may be wise not to under­rate the Welshman.

Jones is potentially a high-class match-player with his trump card being a superb temperament – and that factor could come into play if there is little between the pair in the home straight.

Jones could upset the odds, but given Wilson's talent an interest on the total-games handicaps may be more prudent. Most firms have the outsider receiving a start of 3.5 frames, but it may pay punters to take a shorter price and get another frame on their side.

The 1-2 with Paddy Power that Jones makes at least one ton in the match can also be considered.