Jester looks fresh and full of confidence for quarter-final 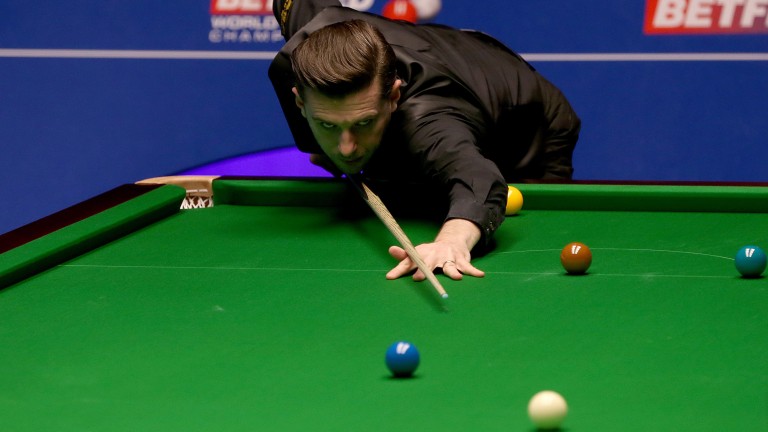 Crucible champion Mark Selby at the table against Fergal O'Brien in the first round
Getty Images
1 of 1
By Henry Hardwicke 12:59PM, APR 25 2017

Marco Fu has survived two near exits in this year's Betfred World Championship but his run may come to an end when he takes on Mark Selby in the quarter-finals.

Fu trailed Luca Brecel 7-1 in the opening round before launching an incredible comeback to win that contest 10-9. It was a similar story on Monday for the Hong Kong man, who eventually got over the line 13-11 against Neil Robertson in the second round. On paper a win over the Aussie looks strong form but Robbo was out-of-sorts for most of that match and the worth of that victory is dubious.

The battling performances that Fu has produced in the tournament should be applauded but he hasn't yet found his top form in Sheffield and he is going to need it if he is to see off Selby.

The defending champion dropped just two frames in his opening contest against Fergal O'Brien and then looked in complete control when seeing off Xiao Guodong 13-6 in the second round.

The result never looked in doubt in either of those two matches and you can't even say that Selby was put under much pressure or forced to dig deep to reach the last eight.

That should leave the Jester fresh and full of confidence for his quarter-final and that spells trouble for Fu.

Selby can be backed at 10-11 giving Fu a two-and-a-half frame start and that looks to underestimate the chance of another fairly comfortable Crucible victory for Selby.