Cross won't by fazed by dust-up with Jackpot 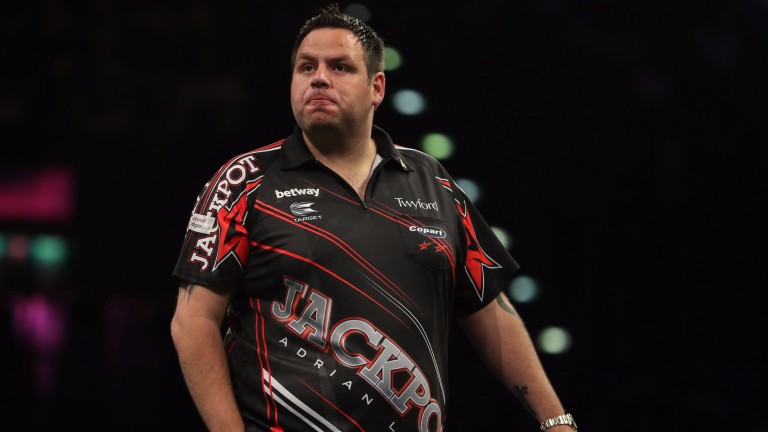 Rob Cross and Alan Norris overcame sluggish starts in round one of the World Matchplay to set up mouthwatering second-round ties against a pair of Premier League aces – and both have it in them to land the odds.

Debutant Cross was averaging in the high 80s as he shared the first six legs with Ian White at the Winter Gardens. But he finished with a three-dart average of over 95 as he raced to a 10-7 win.

Now the Sussex ace faces Adrian Lewis and the 11-8 outsider won’t be fazed at taking on the double world champion.

Indeed Cross, a double winner on tour in 2017 and conqueror of Michael van Gerwen on his way to this month’s European Open quarter-finals, seems utterly at home in the top echelons of the game.

And he’ll also be chuffed that Lewis isn’t quite at full tilt as he recovers from back surgery. Jackpot’s power scoring was notably absent as he beat Steve Beaton in round one and he admitted that he has gone to Blackpool under-practised.

If Cross has a decent chance to topple Lewis then the same is true of Norris against Dave Chisnall.

Chuck simply didn’t get going against Kim Huybrechts on Sunday night and found himself 3-0 down in a flash.

Nerves were probably getting the better of him but once he settled down the former Lakeside finalist produced some brilliant arrers – and two ton-plus checkouts – in a 10-6 win.

Chizzy was just Chizzy against Mervyn King – loads of 180s and loads of stray darts. King, plagued by back trouble, didn’t have the extra gear to bring down the fifth seed, but Norris won’t be so generous if handed an opening.

Both matches should be belters, as should the showdown between Phil Taylor and Raymond van Barneveld, remarkably their 67th meeting.

They usually meet far deeper into tournaments but not this time since they are seeded eight and nine respectively. Those numbers are merely due to a limited workload rather than any slump in form and they should lay on a tight encounter.

When they have met recently, however, the occasion has definitely been a factor. At the William Hill World Championship, for example, where Barney beat the Power in the last eight, neither man averaged more than 96.5. It may not pay to expect dizzy heights to be reached tonight, especially given the heat on stage.