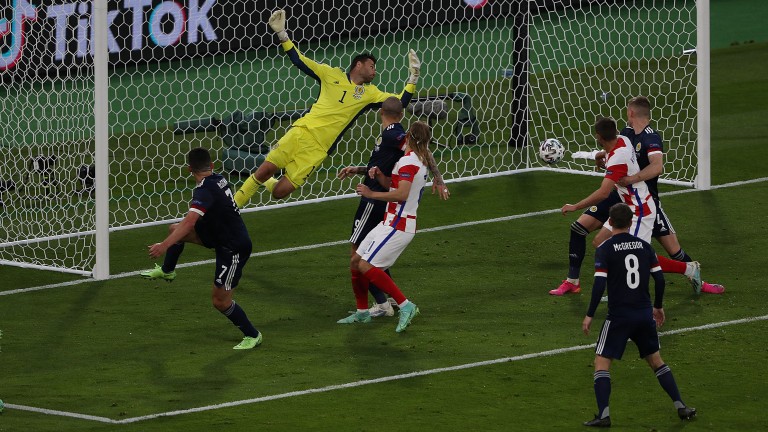 Spain's sloppy finishing cost them in group games against Sweden and Poland and they look too short to see off a streetwise Croatia outfit in 90 minutes.

Croatia
Winger Ivan Perisic is out after a positive Covid-19 test and centre-back Dejan Lovren is suspended. Ante Rebic and Duje Caleta-Car are the likely replacements.

Spain
Pau Torres is expected to return at centre-back. Right-back Cesar Azpilicueta and forwards Alvaro Morata and Gerard Moreno should keep their places in the starting 11.

Football is a game of fine margins and Spain could easily be swaggering into the knockout stages of Euro 2020 after three wins out of three in Group E.

Instead, a lack of ruthlessness in front of goal meant La Roja finished as runners-up to Sweden, having been the shortest-priced group favourites at the start of the tournament.

They had 85 per cent of possession against the Swedes in their opener, smashing their own European Championship record for passes with a tally of 917, but were unable to find a winner.

Indeed, despite their meagre share of the ball Sweden arguably had the best two chances as a deflected Alexander Isak shot hit the post and his strike partner Marcus Berg missed a sitter.

More frustration was to come for Spain in a 1-1 draw with Poland in which Gerard Moreno, lethal from the spot for Villarreal last season, struck his penalty against the post and Alvaro Morata fluffed the rebound.

Luis Enrique's side finally found their shooting boots in a 5-0 win over a poor Slovakia side but even then they needed a farcical own goal from keeper Martin Dubravka to break the deadlock after Morata had missed an early penalty.

Bookmakers are confident that Spain, with captain Sergio Busquets back in midfield after missing the first two games due to a positive Covid-19 test, are a class above Croatia.

However, Enrique's side may struggle to get the job done in 90 minutes and Croatia are an appealing bet on the double-chance market.

They have won two of their last three games against Spain, ending La Roja's 15-match unbeaten run at the European Championships in a 2016 group game and beating them 3-2 in the Nations League in 2018, just a couple of months after a 6-0 drubbing at Elche.

Stalwarts such as Mario Mandzukic, Vedran Corluka and goalkeeper Danijel Subasic retired after the 2018 World Cup final defeat and Croatia are without Ivan Perisic and Dejan Lovren for this tie.

However, a midfield of Luka Modric, Marcelo Brozovic and Mateo Kovacic should keep them competitive and they responded well to an underwhelming 1-0 defeat to England at Wembley in their opening game.

Perisic scored in the 1-1 draw with the Czech Republic, whose only shot on target was a controversial penalty converted by Patrik Schick, and Modric lit up Hampden Park with a stunning strike in the 3-1 win over Scotland on matchday three.

Croatia are not the force they were three years ago but they still have the knockout-stage nous to make things difficult for a profligate Spain side.

Spain have missed their last five penalties, including two at this tournament.

Under 2.5 goals
Six of Croatia's last eight matches have featured under 2.5 goals and Spain drew their first two group games 0-0 and 1-1.

Croatia or draw double chance
The World Cup finalists have a high-class, experienced midfield trio who could knock Spain off their stride.

Marcelo Brozovic to be shown a card
The combative midfielder picked up 12 yellow cards and a red in 36 starts for Inter and was booked in Croatia's opener against England.

FIRST PUBLISHED 3:28PM, JUN 27 2021
A lack of ruthlessness in front of goal meant La Roja finished as runners-up to Sweden, having been the shortest-priced group favourites