Croatia should prove too classy for Senegal

Germany set for a confidence boost against Saudis 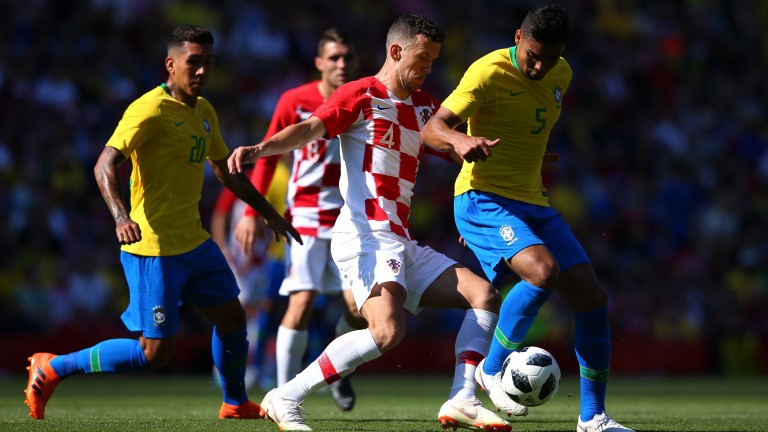 Casemiro of Brazil is challenged by Ivan Perisic of Croatia
Alex Livesey
1 of 1
By Dan Childs 8:00PM, JUN 7 2018

Germany have gone five games without a victory since the end of World Cup qualification but are understandably red-hot favourites to return to winning ways against Saudi Arabia in Leverkusen.

A confidence-boosting success would come in handy for the Germans, who suffered a surprising 2-1 loss to Austria on Klagenfurt on Saturday.

Since that reverse Leroy Sane, one of the starters against Austria, has been surprisingly axed from the Germany squad, losing out to rival winger Julian Brandt.

Joachim Low will be expecting a much more focused, dynamic performance and that could be bad news for the Saudis, who may be on the wrong end of a heavy defeat.

Saudi Arabia were thumped 3-0 by Peru in St Gallen on Sunday and a similar margin of defeat is expected with Germany universally odds-on to overcome a two-goal handicap deficit.

Croatia gave a decent account of themselves in a 2-0 loss to Brazil at Anfield on Sunday and can bounce back with a home victory over Senegal in the last of their World Cup warm ups.

It is a case of now or never for Croatia to make the most of a talented generation featuring Luka Modric, Ivan Rakitic and Mario Mandzukic.

Croatia had their moments at Euro 2016 - finishing top of a group featuring defending champions Spain - and have the potential to do well this summer after being drawn in a winnable section alongside Argentina, Iceland and Nigeria.

They will want to go into the tournament with a win under their belts and should be too strong for Senegal.

There is significant individual talent in Senegal's ranks with Sadio Mane leading their attack and Kalidou Koulibaly anchoring the defence.

However, recent results have been underwhelming with the Lions of Teranga registering draws against Uzbekistan (1-1), Bosnia (0-0) and Luxembourg (0-0).

Croatia are a step up in class on that trio and Senegal could be taught a harsh lesson.

Poland take on Chile in Poznan in the first of two warm up games and are likely to be without injured defender Kamil Glik.

The Poles are a shade of odds-on while an inexperienced Chile - minus absent stars Arturo Vidal and Alexis Sanchez - are as big as
4-1.