Iceland can hold their heads up high 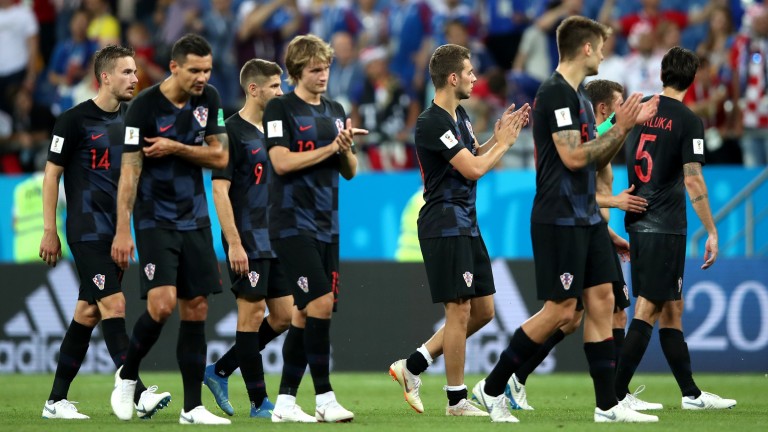 1 Croatia serious contenders in a wide-open tournament
Croatia made nine changes to their starting line-up with only Luka Modric and Ivan Perisic keeping their places, but the reinforcements who came kept their shape, played with enthusiasm and aside from the penalty stood firm in the face of a determined Icelandic force.

They have breezed into the knockout stages winning all three games, including a 3-0 hammering of Argentina, and possess they keys to unlock Denmark's door in the last 16.

Spain, Brazil, France, England, Belgium, Germany and even, with some firms, Argentina are ahead of them in the betting but few of those sides have looked as balanced and as talented as Croatia.

2 Iceland are a decent international team
In the end they didn't have enough to go through, but Iceland can hold their heads up high after another commendable tournament.

They were always going to struggle to live up to their quarter-final effort at Euro 2016 after being put in a tough group, but they have looked a solid unit with good options going forward in Gylfi Sigurdsson and Alfred Finnbogason.

Hearing the Thunderclap has been one of the highlights of the tournament so far, and hopefully they can keep up their high standards and reach Euro 2020.

3 Penalties keep coming thick and fast
A penalty for Iceland made it 22 already awarded at Russia 2018 - there were only 14 awarded in the whole of Brazil 2014 - and the reason why is obvious.

Good or bad, VAR is having a massive effect on matches and it's not going to go away.

It is going to have a huge impact on all sorts of betting markets, and until bookies get their heads around it there may be chances for shrewd punters to cash in. Gylfi Sigurdsson took advantage and you need to be looking at the penalty takers in the goalscorer markets.