Croatia could cause an upset against shaky Spanish side

France should overcome full-back concerns to see off Switzerland 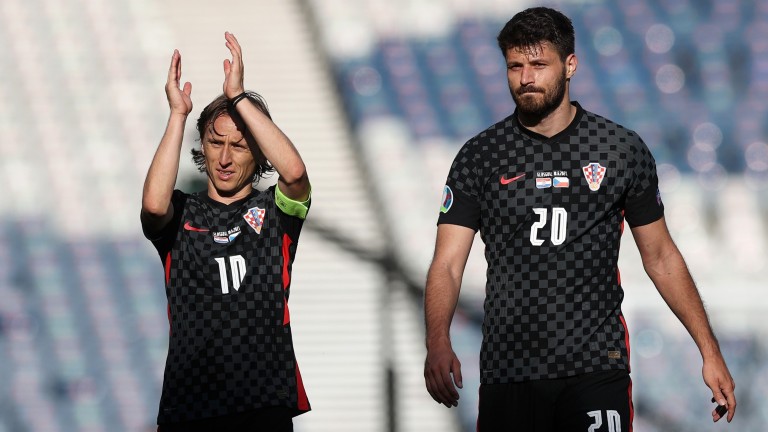 Spain against Croatia would have been tie of the round at the last Euros, which shows how far these nations have fallen.

And if I'm honest, I'm surprised that the Spanish are such hot favourites because it's easier to make a case against them than for them.

Going back over the last year or two, Spain have been quite inconsistent and I still don't think Luis Enrique knows what his best team is. We know they can have their moments, as they did when they beat Slovakia 5-0, and they did it to Germany last year. On their day they can sweep anyone away – but that day doesn't arrive very often.

I do think they are ironically a team who benefit from losing home advantage. The pitch at La Cartuja is really bad, but it's the heat in Seville which has been a real disadvantage for them – and they've had to play there three times.

Bear in mind Spain's players from the north aren't used to that level of heat and there's a reason why people from Seville try to get away from the city in the summer.

A huge part of winning tournaments is being able to play badly and win, and I don't think they have it in them.

As I say, Enrique doesn't know his best team and it was clear a long way before the tournament that that was the case. Sergio Busquets coming back is huge – I know he's not everyone's idea of a leader because he's not a muscly shouter like Sergio Ramos – but in technical terms having someone who can steer the team is valuable.

Funnily enough I wasn't expecting much from the Croatians – I thought the Czechs would probably pip them for second place in Group A.

They were just able to bring their better qualities to bear for a sufficient period against Scotland and that made the difference.

But Zlatko Dalic hasn't figured out how best to use Andrej Kramaric, who's consistently impressive in the Bundesliga and should be at a bigger club, and I was surprised to see him omit Marcelo Brozovic against the Czechs because he, like Busquets, is the man you need to guide the team, to map it all out.

Luka Modric was the one who popped up and made a difference against Scotland – it is worth underlining for those who don't watch Real Madrid on a regular basis that Modric has had his best season for a long time.

He is playing consistently better than he was going into the 2018 World Cup. He is genuinely a great player in a great moment of form and that's super important in an area where Spain will look to control the game.

I think it will be a low-scoring affair – yes, there are plenty of players who could score for Spain, there are a few who could for Croatia, but do I think they will? Not really. It's a narrow Croatia win for me.

As for France against Switzerland, I really don't rate the Swiss.

Not beating Wales in their first game, having played easily well enough to win it, seemed to knock their confidence. Back home they were regarded as having blown it. Playing Turkey third up helped them because the Turks are well short of the standard required for this tournament.

Xherdan Shaqiri looks like a player who hasn't played a lot of football. But at some point he will do something amazing and he did that against the Turks, especially in the first half. And if they are going to do something, you feel it's going to be from him.

France have issues to address. Where France have struggled so far is through a lack of much natural width.

Then they have problems at full-back - which right-back do they pick because Benjamin Pavard had issues in the first two Group F games and Jules Kounde wasn't great against Portugal? Lucas Digne is out at left-back and Lucas Hernandez is doubtful, which means maybe Adrien Rabiot or Leo Dubois stepping in. It's hardly ideal.

Team selection aside, I think France have shown good control through the group stage because if we know one thing about France it's that even against good opposition they can play at 60 per cent of their capabilities and still win.

FIRST PUBLISHED 2:41PM, JUN 27 2021
I get a sense that had they needed to get a better result against Portugal they probably would have done