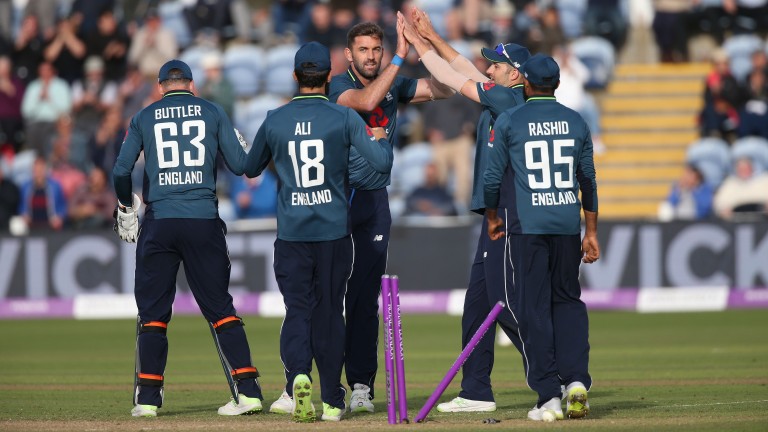 English cricket fans will never tire of beating Australia but there are unlikely to be wild celebrations if Eoin Morgan's men inflict a 14th defeat in 16 ODIs on the hapless Aussies at Trent Bridge.

Morgan sat out Saturday's 38-run win in Cardiff because of a back spasm but he should return in Nottingham – not that England missed him much.

Stand-in captain Joe Buttler (91 not out) and Jason Roy (120) powered England to a 2-0 lead in the five-match series despite Australia's Shaun Marsh scoring a superb 131 in the run-chase.

Marsh aside, Australia's batting was a mess. Aaron Finch, who has opened the batting in the first 89 of his 90 ODIs, dropped down to number five to accommodate D'Arcy Short. Neither man made an impact with Short making a painful 21 off 33 balls and Finch being pinned lbw for a duck.

The Aussies are expected to persist with Short and Travis Head, who has made five and 19 in the first two ODIs, and that points to a punt on England outscoring their opponents over the first 15 overs.

Roy looked back to his belligerent best in Cardiff while Jonny Bairstow has been pinging the ball to all parts in recent ODIs.

Chris Woakes remains sidelined and Ben Stokes will not be risked during this series so paceman Liam Plunkett should continue his run in the one-day side.

Plunkett killed off Australia's hopes in Cardiff, bowling Marsh with a fine slower ball, and he has claimed seven wickets in the first two matches.

That return is no fluke – the Yorkshire quick took 36 scalps in the 17 ODIs in which he bowled last year and even in the defeat to Scotland, when he was well short of his best, he ended up with two wickets.

The Big Show had a miserable IPL and two failures in the warm-up matches against Sussex and Middlesex so expectations were low when he came in with a crisis on his hands at The Oval.

However, Maxwell's confidence swiftly returned in an impressive innings of 62, featuring a couple of sweetly-struck sixes, and he made 31, the third-highest score of the innings, in the Welsh capital.