Australia v England Ashes cricket predictions, where to watch & who will win 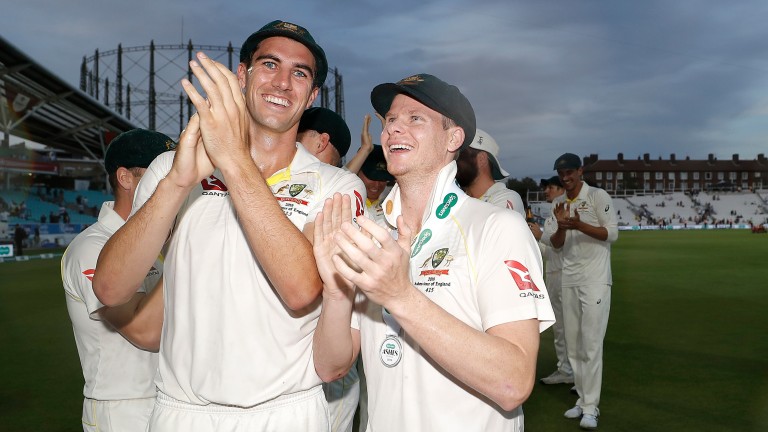 Free cricket tips, best bets and analysis ahead of this winter's Ashes series in Australia.

Australia were crowned Twenty20 world champions for the first time thanks to a convincing victory over New Zealand in November's T20 World Cup final and now they turn their attention to the Ashes Test series against old rivals England, which starts in Brisbane on December 8.

Australia v England: Where to watch & who will win

All five Test matches between Australia and England in the 2021-22 Ashes series will be shown live on BT Sport.

Australia are in possession of the famous Ashes urn, the trophy presented to the series winners, after securing a 2-2 draw in England in 2019, shortly after the hosts had won the 50-over World Cup.

England's record Test wicket-taker James Anderson is preparing for his fifth tour of Australia, having also featured in the 2006-07 series which the Aussies won 5-0.

However, Anderson and his teammates can take heart from India's recent achievements in Australia, where they claimed 2-1 series victories on both their 2018-19 and 2020-21 tours.

The first Test of the 2021-22 Ashes series starts at the Gabba in Brisbane on December 8 at midnight GMT.

Australia's squad for the first two Test matches has been named and several members of their T20 World Cup-winning team will be involved in the Ashes.

England have had a busy year of Test cricket, winning 2-0 in Sri Lanka before a 3-1 series defeat on difficult, spinning pitches in India.

They started their home summer with a draw and a defeat to New Zealand, who went on to win the inaugural ICC World Test Championship, and trailed India 2-1 before the fifth and final Test at Old Trafford was postponed.

Skipper Joe Root is enjoying a magnificent year with the bat, however, scoring double-centuries in the away series in Sri Lanka and India and amassing 1,455 runs in 23 innings at an average of 66.

Root's significance is reflected by the fact that England's next-highest Test runscorer in 2021 is opener Rory Burns with just 479.

England's cricketing rivalry with Australia started in Melbourne in 1877. The 351 Test matches between the teams have resulted in 110 England victories, 146 Australia wins and 95 draws.

England have won 11 of their 30 Test meetings since the start of 2010, Australia have won 14 and there have been five draws.

Home advantage has been a huge factor in recent Ashes clashes. Eight of the last ten series have been won by the home team with the exceptions being England's 2010-11 victory in Australia and the 2-2 draw in England two years ago.

England are missing injured fast bowler Jofra Archer for the 2021-22 Ashes tour but they have been boosted by the return to fitness of star all-rounder Ben Stokes.

A finger injury ruled Stokes out of the summer Test matches against New Zealand and India as well as the T20 World Cup in October and November but he has joined the pre-Ashes training camp in Australia.

Stokes scored an extraordinary unbeaten 135 against Australia at Headingley in 2019, dragging England to a remarkable one-wicket win, and he also impressed in his debut series in the 2013-14 Ashes.

The left-hander made England's only century of the series in Perth and claimed 15 wickets in four appearances including 6-99 in Sydney.

England can expect to face some familiar foes in the 2021-22 Ashes, most notably Australia's star batsman Steve Smith.

The former captain has a sensational Test record, averaging almost 62 after 77 matches, and he loves batting against England.

Opener David Warner struggled in English conditions two years ago but he is a force to be reckoned with on his home patch, scoring 18 centuries in 45 Tests in Australia including a career-best 335 not out against Pakistan in November 2019.

BT Sport's deal to show the Ashes live has been renewed and bookmakers reckon viewers will see plenty of Australian celebrations during the five-match series.

Australia are 1-3 with bet365 and Hills to win the series while England are a general 4-1 for victory.

Betfair and Paddy Power make Joe Root 8-11 to continue his fine form by being England's top series runscorer and Dawid Malan, who was their leading batsmen in the 2017-18 Ashes, is 14-1.

Australia's Steve Smith is 5-2 to score more runs than any other player in the series.