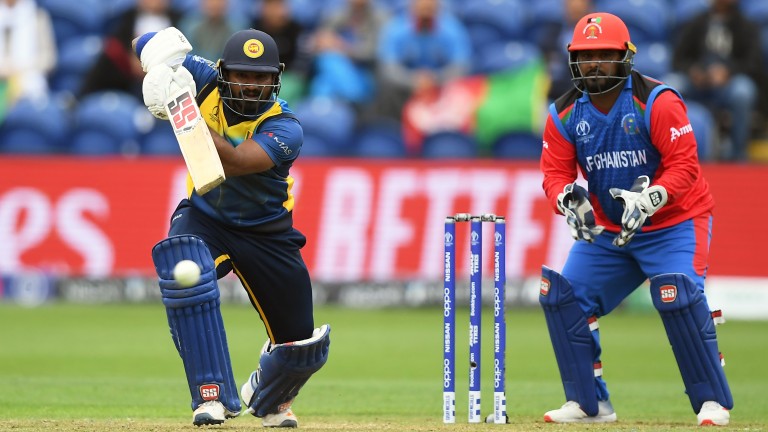 Sri Lanka's game against Pakistan in Bristol was abandoned without a ball bowled last week and the forecast looks bleak as the Lankans face Bangladesh at the County Ground.

The table has Sri Lanka above the Tigers, courtesy of that washout against Pakistan and an unconvincing rain-affected win over Afghanistan.

However, Bangladesh deserve to be solid favourites based on their Tri-Series win in Ireland, victory over South Africa and competitive displays in defeats to England and New Zealand.

Best bets
With a better weather forecast Bangladesh would represent a good bet to see off a Sri Lanka side who have lost 27 of their 34 away ODIs since the start of 2017.

The 4-6 Tigers played some excellent cricket to win May’s Tri-Series against Ireland and the West Indies before an impressive all-round performance in the 21-run win over South Africa.

Bangladesh’s batsmen are in good nick, with Shakib Al Hasan scoring 75, 64 and 121 in three innings against strong bowling attacks, but the same cannot be said of Sri Lanka.

Even in their victory over Afghanistan, the Lankans collapsed from 144-1 to 201 all out as Mohammad Nabi took three wickets in a single over, and they were bowled out for just 136 in their opening game against New Zealand.

Given the lack of competition to be top Sri Lanka runscorer, Kusal Perera appeals at 4-1.

The left-hander took the attack to New Zealand in a lively innings of 29 off 24 balls and that knock earned him a promotion to open the batting against Afghanistan.

He responded with a stylish 78 – only two of his teammates reached 25 – and with rain almost certain to ensure a reduced-overs contest, it makes sense to keep the opener onside.

Team news
Bangladesh
The Tigers have named the same 11 for their first three World Cup game and could be unchanged.

Sri Lanka
Fast bowler Nuwan Pradeep has been ruled out with a finger injury sustained in training.

Venue
England chased down 359 with five overs to spare against Pakistan in Bristol in May and the West Indies smashed 421 in a warm-up against New Zealand.

The short boundaries can be difficult to defend and there were 28 sixes in England’s 2017 win over the Windies.

Weather
Heavy rain in the morning, easing in the afternoon but showers forecast throughout the day, 15C.