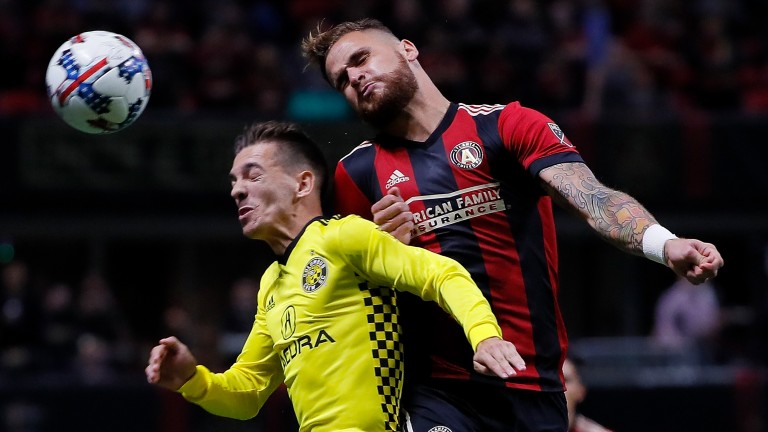 Columbus Crew are looking contenders for the MLS Eastern Conference after nine unbeaten matches but they face their biggest test of the campaign against league leaders Atlanta at the Mapfre Stadium.

The encounter pits two of the division’s sharpest attacking armouries against one another, with United’s Josef Martinez leading the MLS goalscoring charts with 13 goals, closely followed by the Columbus marksman Gyasi Zardes, who has ten.

Zardes, who was brought in as part of a trade deal with LA Galaxy in January, has netted five goals in his last six league matches for the Crew but his side’s overdependence on his services could see them outscored by an Atlanta outfit who get goals from more sources.

The teams have each had nine different goalscorers in this year’s MLS but Federico Higuain is the home side’s only other player to have found the net more than once while Atlanta, who have scored in each of their last five games, have the midfield dynamism to break the resolve of the league’s tightest defence.

Only Houston Dynamo’s Alberth Elis has mustered more shots on target than United pair Martinez and Miguel Almiron, who have each had 24 attempts on goal this term, and backing Gerardo Martino’s men to notch either side of the break looks a value bet.