Crazy results are not unusual in Gelsenkirchen derby

Expect no quarter to be given by Dortmund and Schalke 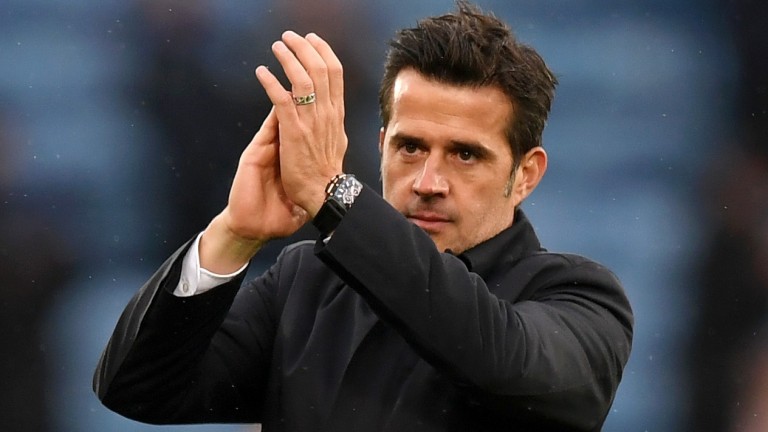 1 Schalke no derby pushovers for leaders Dortmund
Germans seem to do Christmas better than pretty much any other country you care to name, but the Christkindlmarkts of the Ruhr will be empty places on Saturday as life in the area stops for the 93rd league Revierderby.

Bundesliga pacesetters Dortmund make the short trip to Gelsenkirchen to take on fierce rivals Schalke, accompanied by a seven-point lead in the table and a 6-5 win price.

It’s a proper derby dust-up this one and one that can produce some crazy results – take, as evidence, last November’s bonkers 4-4 draw in Dortmund when the visitors came from four down in the last half hour to snatch the unlikeliest of points.

Clearly Dortmund have the whip hand but Schalke fans will point out that their side have lost only one of the last nine matches against their bitter foe. Four of the last five have ended in draws.

2 Sting in the tail as Hornets visit former boss Silva?

Watford supporters earned widespread approval for a banner they held aloft at Leicester last week in praise of the Foxes’ former owner Vichai Srivaddhanaprabha – but it’ll be interesting to see what message they’ve got for former boss Marco Silva at Goodison.

Silva swapped Watford for Everton in acrimonious circumstances in the summer and added to the resentment felt at his former club by taking Richarlison with him.

And, if reports are to be believed, Silva is still eyeing up some other bargains off the Watford shelves with Abdoulaye Doucoure the prime target.

It’s an episode that rankles at Vicarage Road, where they still haven’t forgiven Andy Gray for his foul on Steve Sherwood in the 1984 FA Cup final.

Will they enjoy a modicum of revenge? Given a record of 11 defeats and a draw on their last 12 visits to Goodison, probably not.

3 Postponement is a boost for PSG
They know how to protest in France and the latest aggro over fuel prices have seen a couple of Ligue 1 matches postponed.

Paris St-Germain’s home game against Montpellier was the first to go after the over-stretched police in the French capital said they would not have enough resources to cover the fixture adequately.

A few hours later the match between Toulouse and Lyon was also called off.

The postponement of the PSG game is a real bonus for Thomas Tuchel’s men – and a possible negative for Liverpool. The French champions are locked in a three-way Champions League qualification battle with Napoli and Liverpool and need a point at Red Star Belgrade on Tuesday night to book their place in the last 16.