Cowboys may struggle to stay focused 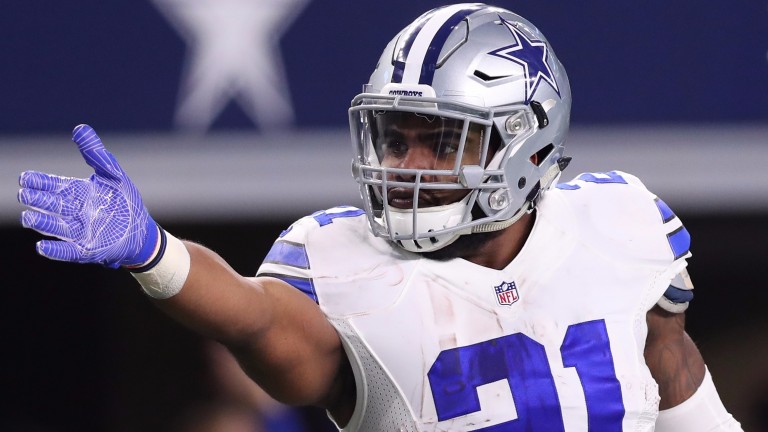 For Dallas, the first target of the season has been achieved.

The Cowboys are assured of home advantage in their playoff matches following the New York Giants' defeat to Philadelphia on Thursday and there will surely be a temptation for coach Jason Garrett to prepare his team for the bigger battles on the horizon rather than their penultimate regular-season clash against Detroit.

The Giants are the only team to have beaten the Cowboys this season, but while those who backed Dallas to win the Super Bowl at 33-1 at the start of the campaign will be delighted with their progress, those who have punted on them week-by-week lately have been feeling the pinch.

The NFC East winners have covered the handicap in just one of their last five matches and in only three of their last 14 home games against teams with winning records.

A dwindling number of teams in the NFL still have something to play for and it would be perfectly imaginable that a struggling side could suffer a blowout defeat in Arlington.

After all, the Cowboys possess one of the strongest offences in the league, with rookie running back Ezekiel Elliott proving the best player in his position this season.

However, the Lions are one of those teams who have plenty left to play for as the battle for the NFC North looks set to go to the wire.

Their poor rushing defence could struggle to cope with Elliott but it is questionable how much Garrett's star players will be involved after a successful but nevertheless gruelling campaign.

It should not be forgotten that the Lions won five straight matches before they fell to the Giants in Week 15 and they can ill-afford to be distracted by what is likely to be a crunch game against Green Bay next week.

It won't be easy, but the visitors are likely to be the more focused team and look a decent bet to cover a generous-looking handicap.

Team news
Detroit
Cornerback Darius Slay is struggling with a hamstring injury and is unlikely to play. Centre Travis Swanson remains unavailable and running back Theo Riddick is doubtful. Quarterback Matthew Stafford is dealing with a finger injury but his participation is not in doubt.

Dallas
Defensive end DeMarcus Lawrence is set to rest his back injury for the last two games of the regular season but is expected to return for the playoffs.