Strong finish at Crawley is a positive for Mark Robins 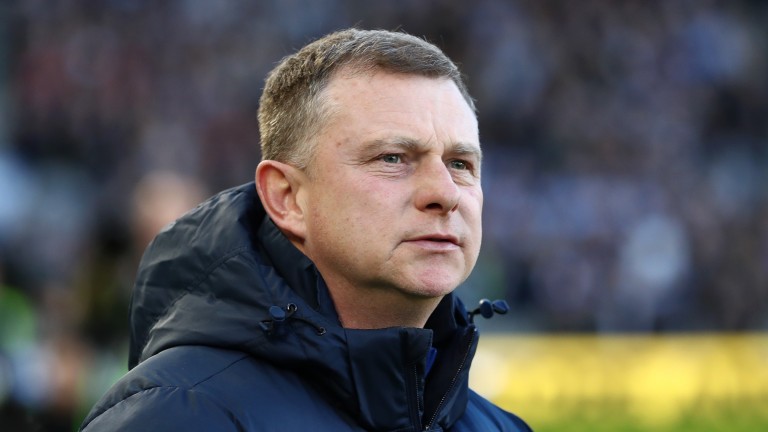 We have reached the stage of the season when the ability to deal with pressure is crucial and, make no mistake, Coventry headed to Crawley like a team who were beginning to feel the promotion heat.

After no wins in three games, including a 6-2 home defeat to Yeovil, Coventry had slipped outside Sky Bet League Two's top seven by kick-off at Crawley following Mansfield's win at Chesterfield, and a disjointed first-half performance hinted at further trouble for the Sky Blues.

However, by the full-time whistle City had deserved their 2-1 success and the way they finished the clash should bode well for their decent remaining fixtures - Stevenage (home), Lincoln (home), Cheltenham (away) and Morecambe (home).

Jordan Ponticelli had given Coventry the perfect start, the teenager converting Marc McNulty's cross, but it was no great surprise when Lewis Young levelled as Mark Robins' 4-2-3-1 formation was unable to protect his full-backs as planned.

McNulty, in an unfamiliar position on the left, failed to track Young for the goal, then he was switched to the right before moving to a central role, all in the opening 30 minutes.

The fluid front four of Ponticelli, Tom Bayliss and McNulty behind Jonson Clarke-Harris were interchanging without creating anything of note except for the occasions when their press enabled them to nick the ball as Crawley were determined to play out from the back.

Bayliss drifted in and out of the game from the number ten position, showing glimpses of the talents which has seen elite Premier League clubs scout the thin teenager but Coventry were unable to control the game.

At the break it was difficult to call a winner and maybe City could have been looking at a third straight defeat had Jimmy Smith converted a simple chance early in the second period, but the last half-hour belonged to the visitors.

McNulty, by now playing alongside powerful substitute Max Biamou, was denied by an excellent Glenn Morris stop before Ponticelli's fine finish from wide provoked jubilant scenes in the away end.

The goal had been coming and Biamou, who made an impact off the bench, fluffed a simple chance late on to increase the margin of victory as Crawley were comfortably snuffed out.

McNulty looked much more suited to playing through the middle and finding the right balance to the team to accommodate him, Bayliss and Ponticelli, who was starting only his fourth game of the season, may well be Robins' biggest dilemma down the stretch.

Whether by design or not, City seemed a slicker unit with the introduction of Biamou and natural left-winger Kyel Reid, who replaced Bayliss after 57 minutes.

Michael Doyle and particularly Liam Kelly grabbed the initiative in midfield as the game wore on and Coventry were relatively solid at the back with Rod McDonald more impressive than the returning Jordan Willis.

If the betting is right the playoffs will consist of Notts County, Coventry, Lincoln and Exeter and the Sky Blues should not to be too far off being considered favourites alongside knockout kings Lincoln.

I was one of many who thought appointing Harry Kewell as manager would go badly for Crawley, who lost their opening three league matches, but they are outperforming pre-season expectations which had the Red Devils as second favourites for relegation.

Those odds were wrong. I was wrong. Kewell has done a fine job and it looks as though the Australian may actually be suited to taking a step up to work with better technical players who can carry out his philosophy.

Crawley, sometimes to the annoyance of their supporters, aim to play out from the back through centre-back Josh Yorwerth, who is reportedly being tracked by Wigan and Portsmouth, and veteran midfielder Dannie Bulman is asked to dictate play in front of the defence.

There is a threat out wide from Karlan Ahearne-Grant and Enzio Boldewijn, while Smith's runs from midfield are difficult to track.

It's easy to see why he is their joint-top scorer alongside Boldewijn with nine league goals but robust forward Thomas Verheydt offered little up front and that has probably held back an unlikely playoff push from the Sussex side.

Quality strikers are expensive unless you find a non-league gem such as Cheltenham's Mohamed Eisa but with a bigger budget and better players Kewell can make the step up. The process he clearly goes through to get Crawley playing was surprisingly impressive.