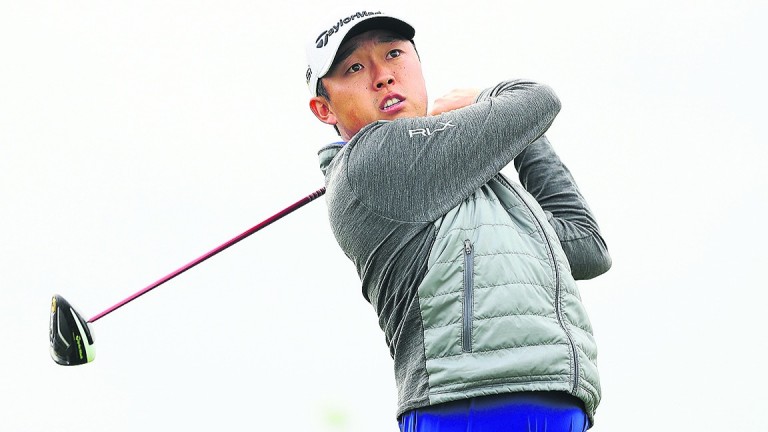 Masters champion Danny Willett has asserted his authority on the Maybank Championship in Malaysia, shrugging off indifferent recent form to go clear at the top of the leaderboard through three rounds at the Saujana Club.

Willett, a 35-1 chance ante-post, fired his approach to the 18th hole into the stands, but scrambled a birdie from the drop-zone to move to 16 under par. That left the Sheffield man three shots ahead of the chasing pack.

Saujana Hotels are one of Willett's sponsors and he had some knowledge of the course before arriving for this event. The Malaysian Open has not been staged at Saujana since 2009. Willett is no bigger than 8-15 for Maybank glory.

Danny Willett desperately needed to produce some good golf after a while in the wilderness and the Major champion has delivered in fine style.

Willett's Ryder Cup debut could not have gone any worse and the events of Hazeltine appeared to have left a long hangover, with form figures since of MC-75-68-11-50-6-MC-54.

Punters who drew from the old adage of 'form is temporary, class is permanent' have been rewarded this week, though, with a 35-1 chance going 8-15. Those who took the 35-1 have obviously got a great bet, but nobody should be rushing to take the 8-15.

Converting this advantage is no penalty kick for Willett. Saujana is a tight, fiddly track full of troublespots and the extreme heat can exacerbate problems. Players who lose their heads can quickly chalk up a triple-bogey with steam coming out of their ears.

Willett is far from the complete package temperament-wise – he can get extremely angry on the course – and the fact he goes into the final round expecting to win means there is a strong chance of a huge tantrum erupting if things start going wrong.

The final-round value lies with a much calmer character who is comfortable in the conditions. Californian 28-year-old David Lipsky won the 2014 Asian Tour Order of Merit and is well capable of causing an upset from just three shots behind.

Lipsky has been a professional for only six years and has quickly achieved plenty. He won the Cambodian Classic on the Asian Tour in 2012, then his European Tour breakthrough came in the 2014 European Masters.

Lipsky won the European Masters the hard way – showing his courage in a playoff – and he clearly has the bottle to win the Maybank Championship. He was fifth in the Hong Kong Open in December, then played solidly on the Gulf Swing.

Lipsky was third in the 2012 Malaysian Open and has relished the set-up at Saujana over the first three days of the Maybank, firing rounds of 68, 67 and 68. Anirban Lahiri, KT Kim and Bernd Wiesberger are likely to charge from just off the pace, but Lipsky is by far the most likely to deny Willett the title.

The final threeball of Willett, Lipsky and Alexander Levy is scheduled to tee off in sweltering heat at 1.35am UK and Ireland time on Sunday morning.

Threeball punters should consider the consistent Wiesberger, who tightened up in round three but is likely to play with looser shoulders on Sunday, for his 1.15am match against the feeble opposition of Fabrizio Zanotti and Mike Lorenzo-Vera.

KT Kim is a prolific Japan Tour winner who will not be fazed by his position on the leaderboard. The Korean looks a strong favourite for his 1.25am threeball against Gregory Havret and Panuphol Pittayarat.