The lowdown on the new cricket season 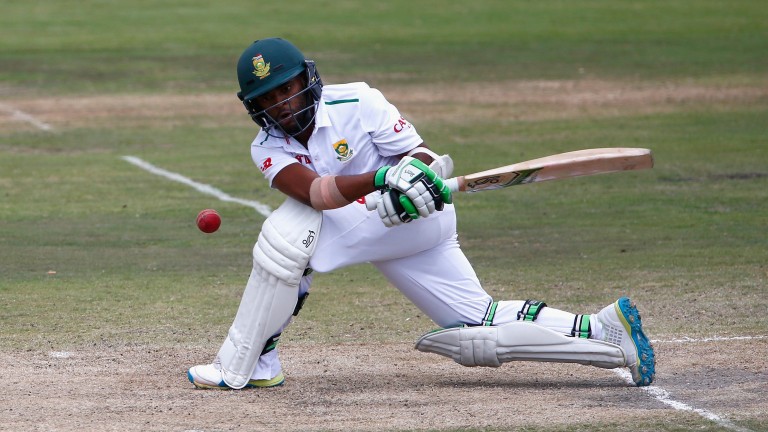 Prospects for 2019 The loss of opener Ben Slater to Notts towards the end of last season weakened the top order but Derbyshire still racked up 30 batting points, the third-most in the division. They struggled to translate that consistency into wins, however, and Hardus Viljoen's departure heaps pressure on veteran seamer Tony Palladino.

Prospects for 2019 The post-Paul Collingwood era began with the bold appointment of Australia's Cameron Bancroft, who served a nine-month ban for ball-tampering, as captain. Ben Raine's signing from Leicestershire is a shrewd move and Alex Lees, once tipped as a future England opener, will be keen to reignite his career so a solid season in mid-table looks likely.

Prospects for 2019 Bottom last season, the Welsh side must find more consistency with the bat this term. Usman Khawaja (420 runs in four matches) was the only recognised batsman to average more than 30 in 2018 while leading bowler Michael Hogan is set to turn 38 on May 31. Another season of struggle is expected.

Prospects for 2019 The departure of bowler Craig Miles, who took 31 wickets in the last six games in 2018, to promoted Warwickshire is a blow and the men from Bristol may struggle to match last year's fifth-placed finish. Young batsmen Miles Hammond and James Bracey scored four of Gloucestershire's seven centuries last season and their development will be crucial to the county's success.

Prospects for 2019 Some dismal batting displays condemned the Red Rose to relegation from the top flight in 2018 despite the fact that Tom Bailey and Graham Onions shared 121 wickets. With England's James Anderson and Keaton Jennings available for much of the early season, a bold bid for the title looks likely.

Prospects for 2019 For so long the whipping boys of Division Two, Leicestershire are slowly moving in the right direction. The departures of all-rounders Ben Raine and Zak Chappell could halt that upward trajectory in the short term although the return of Pakistan seamer Mohammad Abbas, who has 66 wickets in his first 14 Tests, is a boost. Likely to be nearer the bottom than the top.

Prospects for 2019 With Dawid Malan and Eoin Morgan available for the start of the season and Toby Roland-Jones returning from injury there is a buzz about Middlesex despite a lack of new signings. However, they flopped as 2-1 antepost favourites last season and could come up short in the promotion race.

Prospects for 2019 Not much went right for Northants in any competition in 2018 and much will depend on classy overseas signings Temba Bavuma and, albeit briefly, Jason Holder. Their batsmen scored only three centuries in 14 games last term and it is difficult to anticipate significant improvement this summer.

Prospects for 2019 The Hove side finished a distant third last season and may struggle to finish above the likes of Lancashire, Middlesex and Worcestershire this term. Ben Brown had to bail out his top order on a regular basis while Jofra Archer, who claimed 42 wickets in eight matches last summer, is away at the IPL and could be called up by England. Promotion may be beyond Brown's boys.

Prospects for 2019 Relegation from the top flight was seen as almost inevitable by bookmakers at the start of last season but the county should take great heart from their limited-overs exploits. Wayne Parnell and Riki Wessels are solid signings while Ed Barnard, Josh Tongue, Dillon Pennington and Pat Brown are an exciting young pace quartet who could fire Worcestershire back to Division One.