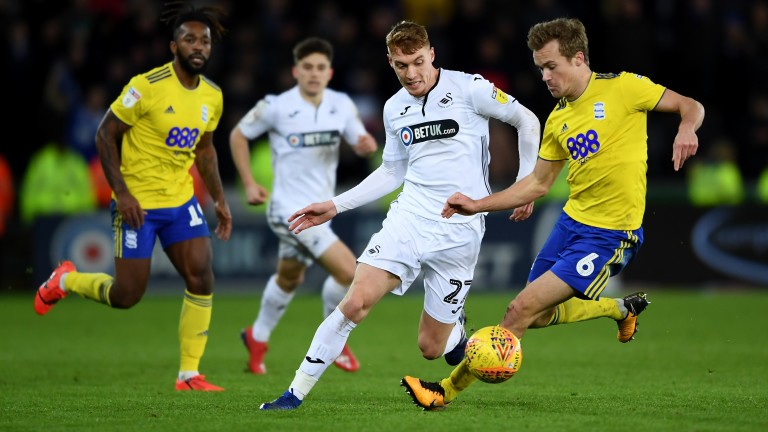 Swansea need to find goals from somewhere after last season's top scorer Oli McBurnie sealed a move to Sheffield United and Jay Fulton could be overpriced to find the back of the net against Hull.

The midfielder is fit and in the starting line-up for the Swans and has been in good goalscoring form with a hat-trick against Yeovil Town and a strike against Bristol Rovers during pre-season.

Lincoln were superb in their pursuit of promotion from Sky Bet League Two last season but it could be a bumpy transition to England's third tier.

They start their season without Jason Shackell, who will miss their opening three games through suspension, and returning defender Michael Bostwick could be shaky after returning from injury.

They did, however, notch 73 goals in the league last season and punters should look to back both teams to score in their opener with Accrington.