Cottagers look a good bet to return to Premier League 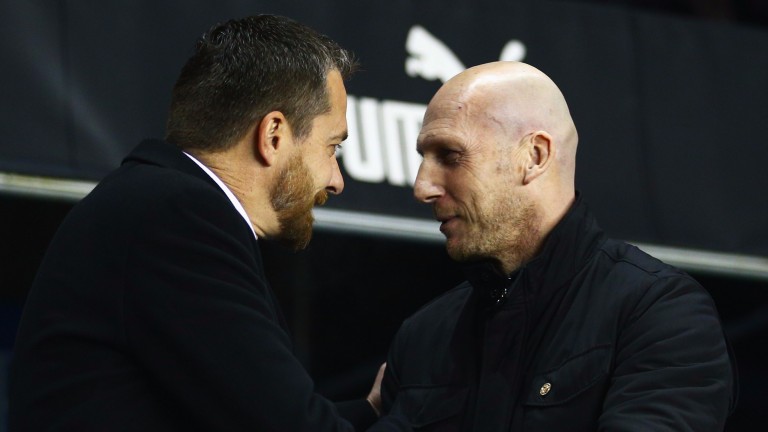 Slavisa Jokanovic is one of the most talented managers outside the Premier League and he can achieve his second promotion in three seasons by steering Fulham to success in the Sky Bet Championship playoffs.

Watford owe their place in the top flight to Jokanovic, who led them to second place in the 2014-15 Championship despite being in charge for just eight months.

It has taken Jokanovic a little longer to build a winning team at Fulham but after almost 17 months in charge he has them ready to seize their chance.

Just five points separate the four contenders and sixth-placed Fulham are on the lowest tally.

However, the betting identifies them as the outstanding team and it is hard to disagree given the quality they have showed in the second half of the season.

Reading are the rank outsiders despite finishing third and not being out of the top six since October.

Jaap Stam's side have the worst defensive record of the four (64 goals conceded) and have a habit of throwing in the occasional dreadful performance when playing against strong opposition.

Six of their 13 league defeats this season have been by a margin of three goals or more and all of those instances have been against teams in the top half.

In the league format they have often responded with a victory but if they have one of their really bad days in the playoffs there will be no coming back.

Sheffield Wednesday have the benefit of experience as the only one of the four teams who took part in the 2015-16 playoffs.

And they were on a six-game winning streak until manager Carlos Carvalhal used predominantly fringe players for last Sunday's 2-1 defeat at home to Fulham.

Wednesday finished with 81 points, seven more than last season, but their goal difference of plus 15 is six worse and it is debatable whether they have stepped forward since last year's 1-0 loss to Hull in the playoff final.

Injuries are affecting them with key midfielder Sam Hutchinson making just one start since February and top scorer Fernando Forestieri failing to complete a match since early March.

Carvalhal has a deep squad but every team needs their best players to be firing on all cylinders for the big games.

But the constant changes of selection have contributed to a poor run of results with the Terriers losing six of their last ten games.

Confidence is likely to have been affected and Huddersfield are going to have to play much better than they did in last Sunday's 3-0 loss at home to Cardiff.

Fulham have arrived at this stage in the best physical and mental condition and can justify their status as favourites.

One of the biggest concerns about backing the Cottagers is their struggles from the penalty spot.

They have missed nine of their 13 penalties this season and it would be hard to have confidence in them if they needed to win a shootout in the semi-final or final.

However they have recently shown that they can play well under pressure, taking 16 points from a seven-match April schedule which was always going to be crucial to their hopes of reaching the top six.

In winning their scrap with Leeds for sixth place, Fulham showed all of the qualities needed to win promotion and their season could finish on a massive high at Wembley on May 29.