German top flight to resume on May 16 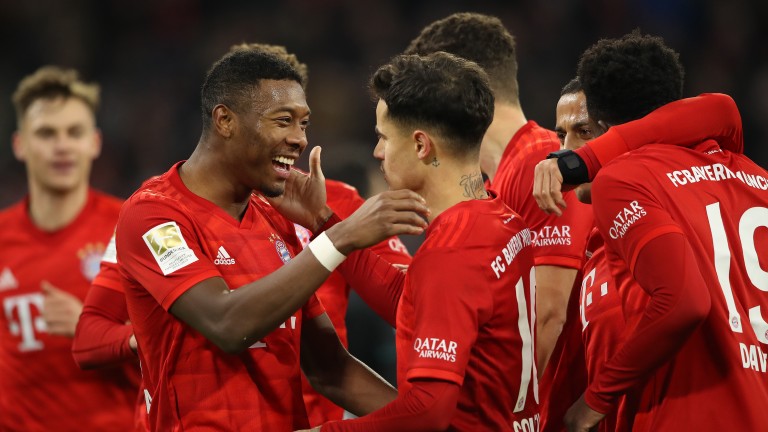 The Bundesliga is set to become the first major European league to return to competition after German chancellor Angela Merkel gave the green light for a resumption on May 16.

Originally postponed in mid-March due to the coronavirus pandemic, the German top-flight season will recommence with all remaining games to take place behind closed doors.

Other measures in place to reduce the risk of coronavirus spreading include no more than 322 people being allowed in grounds on matchdays, teams arriving separately, players practising social distancing in changing rooms and players being tested at least once a week for Covid-19.

The announcement came after Germany's number of new coronavirus cases dropped below 1,000 per day for the first time since the Bundesliga season was brought to a halt.

The standout fixture of the returning round of fixtures, which will be played at 2.30pm next Saturday, sees rivals Borussia Dortmund host Schalke in the Revierderby. Paddy Power rate Dortmund 4-11 shots with Schalke 6-1 for an upset.

A further five matches are scheduled for the Saturday, two on Sunday and the round is completed by Bayer Leverkusen's trip to Werder Bremen on Monday.

There are nine games remaining this season for all bar Eintracht Frankfurt and Werder Bremen, who have to play one game more. Bayern Munich are 2-9 for the title.