Corner count could be lower than line chalked up at Dundee

Unusual statistics tend to be followed by less unusual one 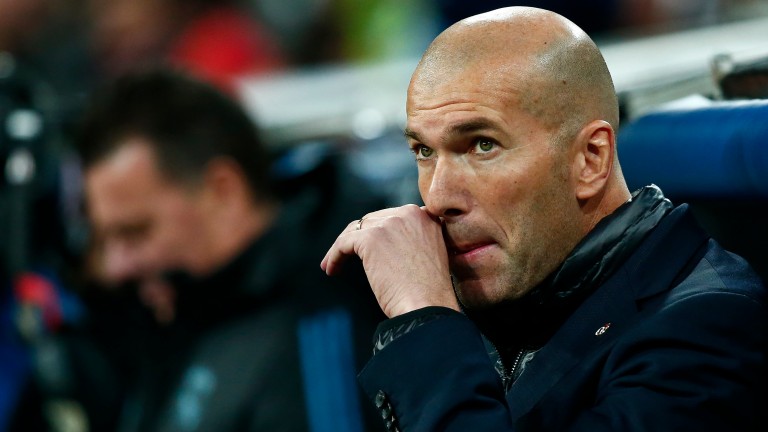 Zinedine Zidane felt an obligation to strengthen Real Madrid's identity as a possession-based team
Getty
1 of 1
UPDATED 9:09AM, SEP 22 2018

A good bet, I often think, is one that would sound daft afterwards if it lost and you were confessing it to friends. This bet will sound daft. I hope it does not lose.

To me, the chance of the bet winning seems better than the odds suggest, which should be all that matters when selecting a bet. It happens most often with bets that most people would want nothing to do with anyway.

Back under 12 Asian total corners with bet365 at decimal odds of 1.9 – equivalent to fractional odds of 9-10 – in the Ladbrokes Premiership match between Dundee and Hibernian.

At first glance – probably even after a few glances – the prospect of a payout will appear hopeless. In none of Dundee’s first five games of the season were fewer than 12 corners taken. The make-ups ranged between 14 and 20.

So anyone who had backed under 12 Asian total corners in each of those games would have lost every time. But then we were not offered this line or these odds. They are being offered this time only because of what has happened so far.

And that may not continue – even though the gap seems huge between what happened before and what would have to happen for the bet to win.

The top division in Scotland was expanded to 12 teams for the start of season 2000-01. Since then fair decimal odds about under 12 Asian total corners in a randomly chosen match would have been 1.45.

But Dundee v Hibernian at Dens Park is not a randomly chosen match, and the right odds there would be a lot higher than 1.45 – but perhaps not quite as high as 1.9.

Unusual statistics tend to be followed by less unusual ones. But no one can ever be sure when the process will start. We have to make the best allowance we can for the possibility that it will not start this weekend.

There were an unusually large number of high corner counts in Dundee’s home games last season – and in two of the three other seasons completed since they returned to the Premiership. There were also an unusually large number of high make-ups in Hibernian’s away games last season. But in none of those samples would fair odds for under 12 Asian total corners have been quite as big as 1.9.

Zinedine Zidane won the Champions League in each of his three seasons as Real Madrid coach. In an interview in the latest Uefa Champions League technical report he touched on two things that set his players apart.

He said: “When you have the ball, you’re not trying to win it back, so normally you’re in less danger. You can also make your opponents run and tire them out. Knowing that my players had the necessary skill set, I felt an obligation to strengthen our identity as a possession-based team – not possession for possession’s sake, but possession for the purposes of attacking our opponents.”

Those things – making opponents run and using possession to attack – distinguished not only Madrid but most teams who went a long way in the Champions League.

Here are some aggregated figures from the Champions League technical reports for the last four seasons.

Teams that reached the final, semi-finals or quarter-finals covered an average of 110 kilometres per match. Teams knocked out in the round of 16 or group stage averaged 111km. Not much further, but still further. Bad teams covered more ground than good teams. And they did that because they had to. They spent longer without the ball and you have to run more to get the ball back than to keep it.

So good teams had more possession than bad teams. And the extra possession was where it mattered most – in the middle and attacking thirds.

Teams knocked out in the group stage or round of 16 spent 14 per cent of their matches in possession in their defending third, 24 per cent in the middle third and eight per cent in the attacking third. For teams who reached the quarter-finals, semi-finals or final the proportions were 14 per cent, 28 per cent and 12 per cent.

So good teams and bad teams spent the same amount of time in possession in the defending third. But good teams had more possession than bad teams in the middle and attacking thirds – nearer their opponents’ goal.