Kerrigan a decent bet to find the net first 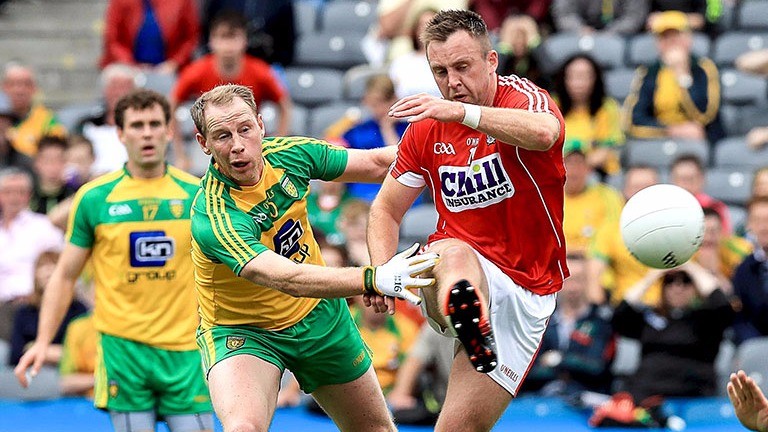 Cork's Paul Kerrigan scores the first goal of the game against Donegal
INPHO
1 of 1
By David Jennings 7:57PM, MAY 26 2017

Cork are no longer a member of the elite top six so they simply cannot afford to take minnows like Waterford for granted as they once used to. But that could work in punters' favour as the Rebels will treat their Munster opener with the utmost respect and could run riot. Expect them to take care of the 11-point handicap with the minimum of fuss.

There is a buzz around Cork following last Sunday's shock success over Tipperary in the All-Ireland hurling championship and, while the footballers do not have the same sort of firepower in their side, they do have more than enough ammunition to wallop Waterford which would improve morale heading into a provincial decider with league champions and arch rivals Kerry.

The stats say that Waterford are the third-worst team in Ireland. They finished third from bottom in Division 4 with only Wicklow and London below them. Against the worst teams around they leaked 9-73 in seven games. Leitrim would have been one of the games they targeted to get points from but they lost out by two points on a scoreline of 1-13 to 2-8.

Cork have talented forwards. They racked up 4-90 during the league and managed a draw with champions Cork in round one. They drew three of their outings and that cost them promotion to the top tier.

Had they sneaked a narrow win in two of those, they would have been upgraded. They really should have beaten Down, Meath and Galway and were the better side in all three outings.

The fact that the contest is in Fraher Field will give the home side an extra boost but that might take some of the heat off Cork too and work to their advantage.

This will be Paul Kerrigan's tenth championship campaign with Cork and the speedy attacker showed glimpses of his best during the league. His pace and guile could prove a real thorn in Waterford's side and he appeals each-way in the first-goalscorer market at 8-1.

With Colm O'Neill, Mark Collins and Kerrigan up front, it is hard to see a fragile Waterford rearguard unit keeping them at bay and backing the visitors to score four goals or more at a generous 7-1 is worth a small wager. They ought to be able to create at least six decent goal chances against such a poor side.

This is a game that Cork should win comfortably and they should ease past the 11-point handicap.

Anything that could have gone right for Cork did go right last Sunday. They scored 2-27 against the All-Ireland champions and every shot they struck seemed to go over. Conor Lehane got ten points and the youngsters on the Cork side all stood up and were counted. But it would be foolish to think that something similar will happen against Waterford. That will be a completely different type of game and Derek McGrath surely won't fall into the same traps that Michael Ryan did.

2 The better the opposition, the better Mayo are

Mayo can look very ordinary against weak opposition. There were times during last Sunday's success over Sligo where it was hard to know which of the teams were in last year's All-Ireland final. They were lethargic and moved the ball slowly from defence to attack. But the way Mayo set themselves up means that they are far more effective against strong sides when they can play on the counter- attack.

3 Fermanagh will not be wanted in the qualifiers

While the final scoreline of 1-20 to 1-11 suggests that Monaghan were vastly superior to Fermanagh, the game was in the melting pot for 55 minutes and it was only in the final quarter that the home side's class began to show. It was 1-8 to 1-6 at the break and a very inexperienced Fermanagh side showed that they were more than capable of being competitive against a top team. They were still in with a shout against Mayo in last year's qualifiers only for a dubious penalty decision to spoil the prospect of a shock. They will not be an easy draw for any side in the qualifiers, even the big guns.

With Tipperary having to go knocking on the back door following their shock exit from the Munster SHC, they could be drawn against weak opposition in round one and Seamus Callanan could make hay. He has already scored six points and odds of 5-2 about him ending the campaign as top scorer look generous. Tipperary have been beaten once, but it will take something special to beat them twice.

It was always going to be a big year for Wexford with high-profile new managers for their hurling and football sides. While Davy Fitzgerald had an instant impact and won promotions to Division 1A, his football counterpart Seamus 'Banty' McEnaney is not having the desired effect. The magic wand he once had in Monaghan did not work in Meath and it does not seem to be working in Wexford either.