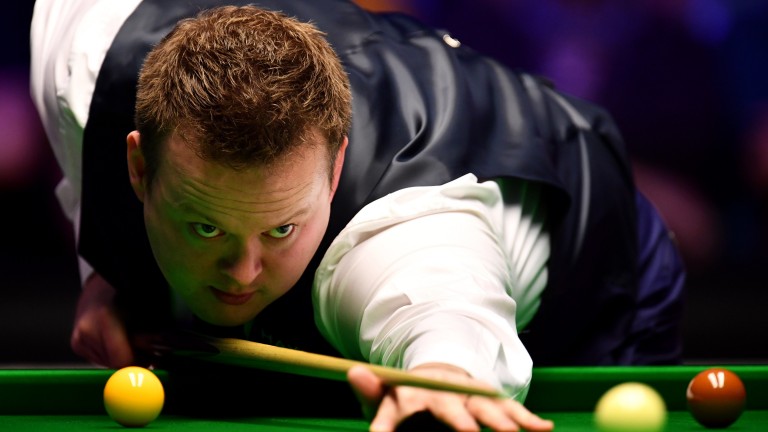 Shaun Murphy deserves much credit for successfully raising his game this season
Justin Setterfield
1 of 1
By Adrian Humphries 10:51AM, MAR 17 2020

Victory in Gibraltar on Sunday gave Trump a record sixth ranking title in a season and he’s the one to beat if he can continue to manage his busy schedule.

But doing that may be tough – his final triumph over Kyren Wilson was a tense affair which may have taken a lot out of the number one.

Murphy needed to find more to compete with the game’s top brass but he has done that with title wins in the China Championship and Welsh Open.

The Magician could be a major player in Llandudno, but he needs to keep improving to hold off some talented rivals.

Selby has been going through the motions for much of the season and a return to the top is unlikely to happen this week.

The Jester won the English and Scottish Opens, but consistency has been an issue.

The Thunder from Down Under is playing superbly well and if Trump fails to keep finding his best, Robbo could capitalise.

Titles in the Champion of Champions, European Masters and Coral World Grand Prix suggest the Aussie could star in Wales.

Ding’s UK Championship victory in December was an oasis of success in a season of general underachievement.

The Chinese ace is too talented to write off but he still looks the outsider.

Yan has kicked on well with a Riga title and a Players Championship final appearance interspersed by back problems.

The 20-year-old could be a threat in Llandudno.

Allen has been a little quiet this season and has not made a final.

But the Northern Irish ace is too good to ignore and could play a role.

Higgins remains one of the game’s best performers.

However, upsetting Trump and then maybe Robertson could be a tough task for the 6-Red finalist.