Improving Yan Bingtao may not be embarrassed in opener against Jester 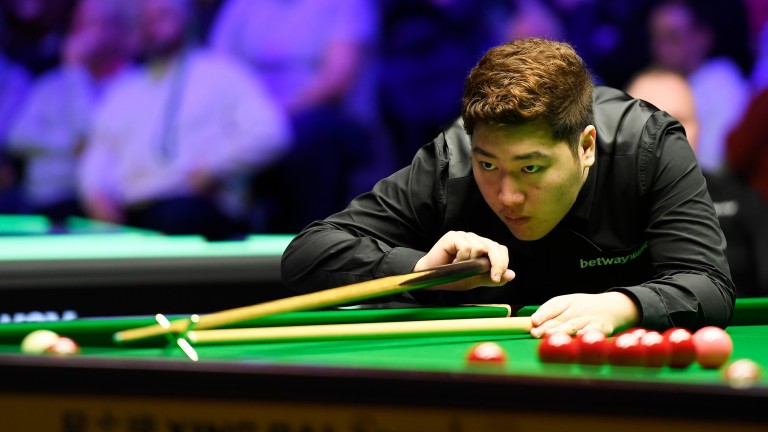 Yan Bingtao has made some serious strides this season and now finds himself in the world's top 16
George Wood
1 of 1
By Adrian Humphries 10:51AM, MAR 17 2020

Shaun Murphy has already been supported to open his Coral Tour Championship campaign with a victory over Mark Allen over the best of 17 frames in Llandudno, but it's difficult to be confident picking a winner.

The Magician has won more than two-thirds of his meetings with his friend the Pistol, leading 15-7 in their personal series.

But while punters snapped up early odds of 8-11 about the favourite obliging, the fact that the odds are competitive suggests the oddsmakers are anticipating a decent effort from Allen.

They may be right to think so too, but rather than backing the Northern Irish outsider at a short-looking 4-7 with a handicap start of 2.5 frames, getting with over 14.5 frames to be contested may be a wiser punt.

The head-to-heads between Neil Robertson and Ding Junhui might suggest we should expect a close encounter between the best that China and Australia has to offer.

It could turn out that way, but given the way Ding has been performing for much of the season it may be prudent to expect Robertson, who has been in red-hot form, to put some space in between himself and his opponent.

That said, Ding is one of the most naturally talented players in snooker history, so he is not opposed easily.

But if Robertson, runner-up to Ronnie O'Sullivan in last year's Tour Championship, has carried over his form after skipping a trip to Gibraltar then the market leader should progress with reasonable comfort.

The total frames markets make less appeal in this one and so punters may have to accept taking a shorter price about Robertson successfully conceding Ding a start of 1.5 frames.

Mark Selby is still capable of turning on the style on occasions, but those days have been fewer and further between in recent times.

The Jester from Leicester opens up against 20-year-old Yan Bingtao, who has improved greatly this season.

Yan looks best placed of the chasing pack to seriously trouble the big names and armed with an impressive amount of self-belief, there is no reason why he should not give Selby a tough test and possibly even upset him.

Punters can consider backing Yan to cause a surprise, but there may extra insurance in supporting the outsider with a handicap start of 2.5 frames.