Neil Robertson not expected to crumble in face of Ronnie O'Sullivan 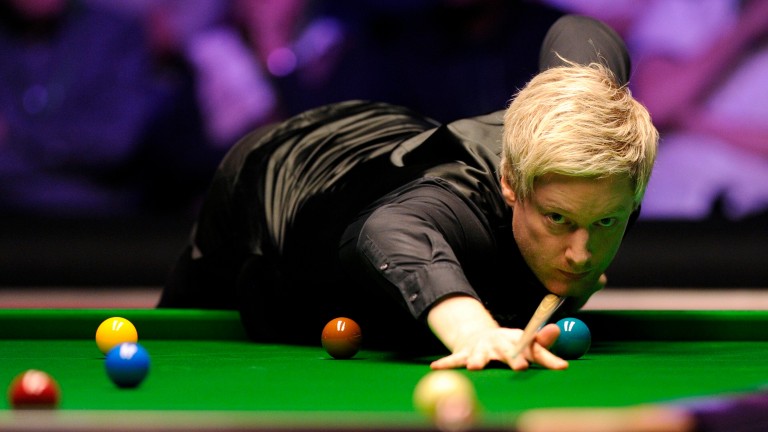 Ronnie O'Sullivan made mincemeat of Mark Allen in their Coral Players Championship semi-final but the tournament favourite may find Neil Robertson a tougher nut to crack in their best-of-19-frames final.

O'Sullivan followed 6-4 victories over Barry Hawkins and John Higgins with a 6-0 trouncing of Allen. The Rocket has been acting up in recent days, and mocked the race for ranking points in an Australian accent.

His behaviour is unlikely to have had much effect on Melbourne native Robertson, a generally calm operator who lets most things blow over his head. But the Thunder from Down Under, who has dismissed Joe Perry 6-3, Mark Williams 6-4 and Judd Trump 6-4 in Preston this week, is playing well enough to let his snooker do the talking against O'Sullivan.

As expected, bookmakers are well on top of the prices, but anyone looking for a punt can chance the evens about over 16.5 frames being contested.

Robertson is 4-7 on the handicap with a start of 3.5 frames and the century over/under market lines are 2.5 about O'Sullivan and 1.5 about his opponent - the line for both players combined is 3.5 with the combatants having made three apiece at the Guild Hall.

Anyone who followed the advice of Racing Post Sport's Aaron Ashley to back Robertson outright at 9-1 before the tournament started will be on good terms with themselves. Robbo still has the game's top player to defeat - O'Sullivan has won 15 of their 24 clashes with the Aussie prevailing on eight occasions and one draw - but the place money is already safe.