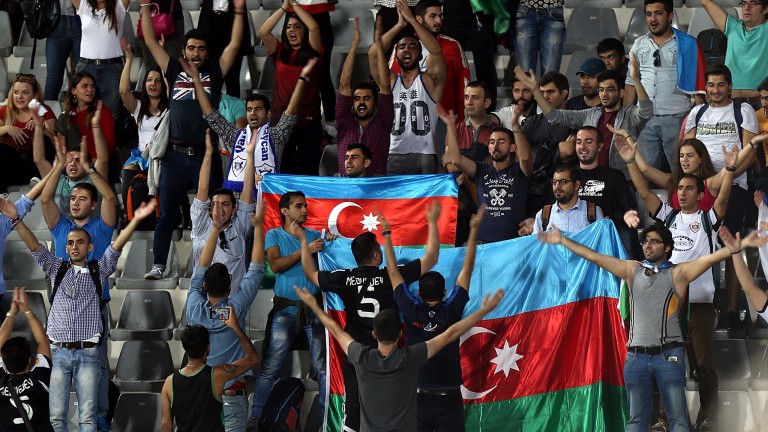 Copenhagen beat Qarabag 10-0 on aggregate when the sides last met in European competition but the tables could be turned in Azerbaijan when the sides clash in a Champions League playoff first leg.

That thrashing was a Cup Winners' Cup clash in the 1998-99 season and Qarabag have come a long way since then.

This is their fourth attempt at reaching the group stage and could represent their best chance of finally getting to mix with Europe's elite clubs.

Copenhagen have made a shocking start to the season by their usual high standards and look vulnerable. The Danish raiders won the Superliga by 22 points last season but find themselves down in eighth after five matches of this campaign.

Stale Solbakken's side have won only once and made hard work of reaching this stage of the Champions League having lost at home to MSK Zilina and then away to Vardar.

Cornelius's departure means Copenhagen are left banking on Federico Santander for goals, while Solbakken has been further rocked by a long-term injury to centre-back Erik Johansson.

Elsewhere, Sporting are strong favourites to see off the club formerly known as Steaua Bucharest but who now go by the name of FC FCSB following a dispute with the Romanian military, while Young Boys will be hoping to make home advantage count on their artificial pitch against CSKA Moscow.

Perhaps the most intriguing tie sees Apoel host Slavia Prague in Nicosia. Slavia, after investment from their Chinese owners, have been on a summer spending spree which makes them a bigger threat than normal at this level.

Injury-hit Danny, Halil Altintop, Ruslan Rotan and Miroslav Stoch are just some of those to have rocked up in Prague.

Bet on Tuesday's football at Soccerbase.com