Brazil are worthy favourites but Paraguay could spring a surprise 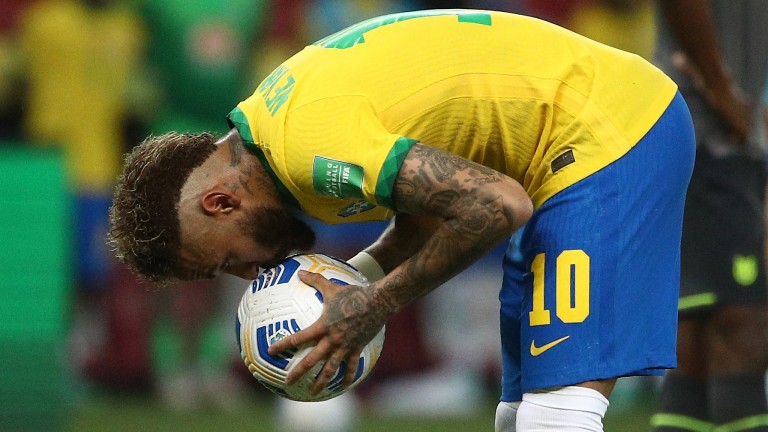 Brazil's players have begrudgingly and belatedly decided to take part in the 2021 Copa America and a settled Selecao should be a winning Selecao at this troubled tournament.

Tite's hosts are the 11-8 favourites and probably priced right given the calibre of the squad they boast compared to their nine rivals.

But given the background to the 47th running of what was once called the South American Football Championship has been one of chaos and disquiet, and that a sense of unease and trepidation is going to dog its every move over the next month, you could be forgiven for not wanting to pile into the jollies. .

Brazil were handed the finals after the two only co-hosts – Argentina and Colombia – withdrew. Or at least Argentina pulled out because of a rise in Covid cases - the Colombians were stripped of their part in it due to security concerns.

No one else wanted it – so Brazil were handed it, prompting their players to say they would boycott it. Other countries had threatened to do likewise.

Now that Neymar and co have reluctantly said they'll go through with these finals, they really ought to win it, although home advantage is fairly relative since all games are going to be behind closed doors. No fans are allowed with Covid cases soaring, yet a refereeing party has been flown across the Atlantic from Spain.

The format is unusual in that there are two groups of five with the top four from each going through to the quarter-finals.

As for the betting, it's 33-1 bar the big five, although there are question marks over all of those teams, with the possible exception of the Brazilians if their mindset is right.

Tite's team are the runaway leaders of Conmebol World Cup qualifying – they made it six wins out of six with a 2-0 success over Paraguay on Tuesday night – while Argentina are the only other unbeaten team.

The Brazilian squad is jam-packed with household names – from Ederson to Neymar, Thiago Silva to Gabriel Jesus – but strange things happen in the knockout stages and Argentina, spearheaded by superstars like Lionel Messi, will be a threat even if they are far less creative than they used to be. Colombia are a big, bruising outfit though weaker if, as seems likely, James Rodriguez doesn't turn up through a combination of partying in Miami while being notionally injured.

Chile have probably just gone over the top in age terms, while Uruguay are horribly inconsistent at the moment. Then again, would you ever rule out a side under Oscar Tabarez come those needly, gritty knockout games?

Of the market-leaders Brazil look the pick because of the number of match-winners in their side. Of the outsiders, maybe consider Paraguay, who have become something of a stalemate king so take some shifting. If the strike pairing o Angel Romero and Miguel Almiron comes off, then the Albirroja, more united as a group than for many years, could well go deep.

If you think Los Cafeteros will go through – and they really should – then the Atalanta striker ought to be able to count on five appearances in a competition in which no one team can play more than seven.

Muriel arrived in Brazil in the form of his life having popped in 22 goals in Serie A this season.

He also found the target in Colombia's 2-2 draw with Argentina in World Cup qualifying on Tuesday night, converting from the penalty spot. In the likely absence of James Rodriguez, Muriel appears to be on spot-kick duties.

The market is inevitably led by Neymar and Lionel Messi but with more group games than knockout games this time, it does seem to bring more players into the mix, although it might be worth doing the bet with a firm offering places.

Angel Romero, on spot-kick duties for Paraguay who should get five games, is 80-1, for example. It's a heck of a price.