Chile likely to be too hot for Peru 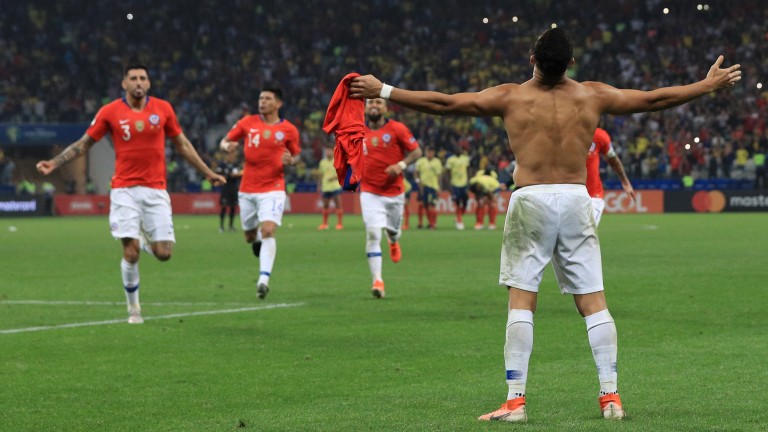 You can’t fault Peru for effort – it’s got them to a Copa America semi-final – but if class is the deciding factor in Porto Alegre then it will be Chile who go marching on to the final.

The Peruvians have reached the last four of this underwhelming competition despite having failed to find the net in three of their four matches.

The most recent of those games was a 0-0 draw against Uruguay in the last eight, a match in which the Uruguayans had three goals disallowed and outplayed their opponents, only to lose on penalties.

Peru, who haven’t reached a Copa final for 44 years, will be gunning for another shootout because if they try to take on Chile they will lose.

The onus, therefore, is on the Chileans, seeking a straight hat-trick of Copa crowns, to avoid relying on chance. The fact that they struggled against Colombia in their quarter-final – which also ended 0-0 and was decided on penalties – must be a concern since Peru aren’t dissimilar to Los Cafeteros.

But Reinaldo Rueda’s men have had an extra day’s rest and that could be significant given how reliant Peru are on the legs of their 35-year-old talisman and record scorer Paolo Guerrero.

Guerrero may well get upstaged by Eduardo Vargas, another veteran and prolific Copa goalscorer. Vargas has bagged seven in six against Peru and alongside Alexis Sanchez they boast a dangerous strike force.

Chile
Gary Medel and Arturo Vidal are both expected to prove their fitness.

Peru
Veteran forward Jefferson Farfan is out with a knee injury sustained against Brazil.

Key stat
Peru have failed to score in five of their last seven internationals.