Rooney the hero for Everton 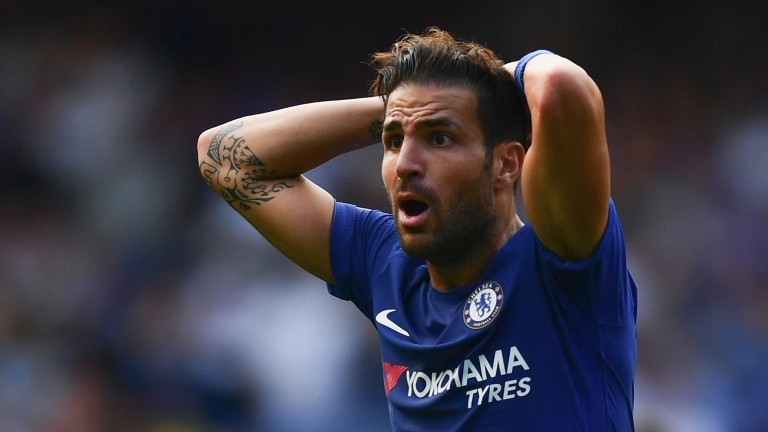 Chelsea's defence of the Premier League start got off to a dreadful start as they were beaten 3-2 by 14-1 shots Burnley and some bookmakers slashed Blues boss Antonio Conte to favourite in the sack-race betting.

It has been a troubled summer for Conte and his mood will not have been helped by a shambolic start which saw them 3-0 down at half-time, while Gary Cahill and Cesc Fabregas were also sent off during a nightmare 90 minutes at Stamford Bridge.

Sam Vokes scored twice and Stephen Ward was also on target for the visiting underdogs before substitute debutant Alvaro Morata and David Luiz gave some respectability to the final score.

However, Conte is 7-2 with Ladbrokes to be the first Premier League boss to leave his position and Sky Bet are as short as 11-4.

Both firms make Conte the man most likely to depart first, although Paddy Power offer 4-1 and prefer the chances of 5-2 shot Mark Hughes following Stoke’s 1-0 loss at Everton with Wayne Rooney on target for the Toffees.

Hills make Conte 4-9 to last the season and 13-8 to depart but he can console himself with the fact there were plenty of shocks in the opening round of matches.

Chelsea were the biggest at 1-4 but 13-20 Liverpool were pegged back in a dramatic 3-3 draw at Watford, 8-13 Southampton were held 0-0 by Swansea and 5-6 Crystal Palace were stuffed 3-0 at home by newly-promoted Huddersfield.

It was a dream start for the Terriers with record signing Steve Mounie scoring twice but the worst possible first outing for Eagles boss Frank de Boer, who is 12-1 with Ladbrokes to be the first manager to leave his post.

Liverpool trailed twice at Vicarage Road but looked on course for a 3-2 win until Miguel Britos levelled matters deep into injury-time in the lunchtime clash, killing off plenty of accumulators before the majority of the action had even started.

Jurgen Klopp’s men were the fifth most-backed team with Hills in the betting on yesterday’s football with Chelsea, who were included in nearly 55 per cent of football wagers, top of that list.

The Blues are 11-2 with Hills to win the Premier League title, although it is worth remembering that they were fairly slow out of the blocks last term and drifted to as big as 25-1 in September.

Conte needs players, though, and the Chelsea squad will be stretched further with Cahill and Fabregas suspended for next week’s London derby against Tottenham.

Title favourites Manchester City highlighted their credentials with a 2-0 win at Brighton.

Pep Guardiola’s men needed to show patience by the seaside before Sergio Aguero broke the deadlock on 70 minutes and just five minutes later Albion defender Lewis Dunk headed into his own net.