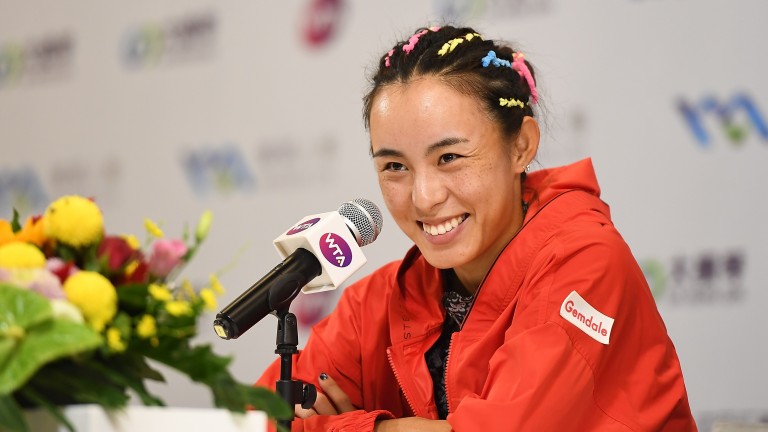 Chinese number one Qiang Wang, runner-up in Hong Kong last month, gets an early opportunity to avenge that defeat and claim some silverware of her own when she takes on Australian ace Ashleigh Barty in the final of the Elite Trophy Zhuhai.

The event is the year-ending championship for the WTA's second echelon and there is a lot to like about Wang's chances given she has the obvious advantage of playing in her homeland.

Qiang Wang has overcome classy duo Madison Keys and Garbine Muguruza to tee up a title-decider and on current form she would be a handful for anyone.

Since securing silverware in Guanghzou in September, Qiang Wang has been a model of consistency. She has followed up with semi-final efforts in Wuhan and Beijing and a final appearance in Hong Kong.

Their only previous meeting went Barty's way, but the Australian needed to come from a set down to defeat Julia Goerges in the last four on Sunday and will need to improve on that.

Racing Post Sport followers will be sitting pretty if they took Adrian Humphries' pre-tournament advice to support Qiang Wang, but that doesn't mean the Chinese ace doesn't still make plenty of appeal at 10-11.