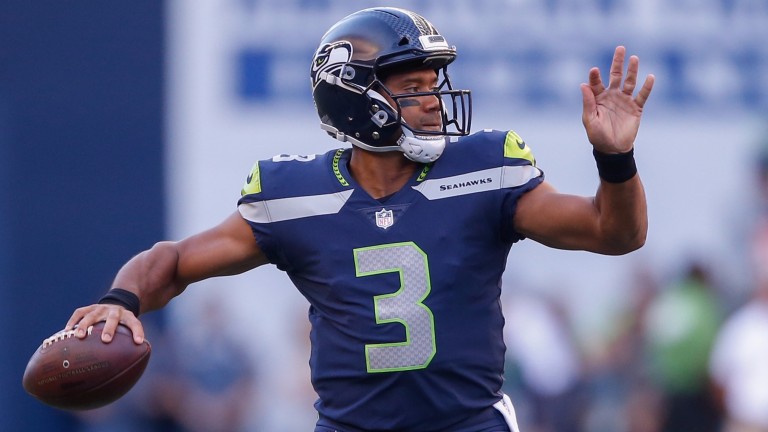 Best bet
Seattle -3.5
Teams are often vulnerable the week after a Monday night game but Seattle's success against Minnesota should have boosted their confidence enough to compensate for any tired limbs.

The Seahawks get to stay on the west coast after recording their fourth successive victory and bookmakers look to have overestimated the chance of San Francisco dramatically reversing the form of their recent first meeting.

Seattle beat the 49ers 43-16 in Washington state just two weeks ago and yet they are favourites by only just more than a field goal to complete a season sweep.

All three of San Francisco's wins have come at home, but there seems to be an overreaction to their decent win over Denver last week. Tight end George Kittle has emerged as one of the finds of the season and had 210 receiving yards against the Broncos, but Seattle limited him to 70 yards in the first meeting.

Pete Carroll's side look a much more coherent outfit than they did earlier in the season and they can win again.

Next best
Oakland +3.5
The Raiders have been something approaching a laughing stock for much of Jon Gruden's first season back as head coach after a decade in the commentary booth.

But they have put in some stronger efforts since an embarrassing 34-3 loss at San Francisco, beating Arizona and Pittsburgh and losing only to playoff-calibre opponents in the Chargers, Ravens and Chiefs.

Cincinnati certainly shouldn't be pointing any fingers at their visitors as their recent record is worse - they have lost seven of their last eight games including the last five.

They have also had a tough schedule while coping with the loss of starting quarterback Andy Dalton, but top receiver AJ Green and tough linebacker Vontaze Burfict are also out and they have a number of other injury issues.

The Raiders should be capable of making it a close contest at least.

Best points bet
Under 45.5 points in Green Bay at Chicago
Green Bay have won in their last eight trips to Soldier Field and the in-form Bears will be determined to stop them making it nine.

The home side would also love to push the Packers to the brink of elimination from the playoffs, which looks likely given the Pack have lost all six of their road games this season and Super Bowl-winning coach Mike McCarthy was fired in mid-season.

The Bears should make it tough for top QB Aaron Rodgers, who has struggled this season and their own offence may not need to score that many points to win, which is just as well with quarterback Mitchell Trubisky having thrown five interceptions in his last two starts. Defences could well be on top.

Best player bet
L Fournette first TD scorer in Washington at Jacksonville
Washington are set to have their fourth starting quarterback in five games when Josh Johnson, who was not in the league three weeks ago, steps out against Jacksonville.

Johnson has to be better than Mark Sanchez, who led Washington to a 40-0 deficit in their home defeat by the Giants last week.

Jacksonville are not blessed at QB either, with weak-armed Cody Kessler having replaced the error-prone Blake Bortles, but they can use their ground game to good effect.

Running back Leonard Fournette will be out to impress after recording only 36 yards in their own humbling defeat by Tennessee last week and he looks a fair favourite for the first TD having scored four times in his three previous games.