Threeball looks at the mercy of Nevada man 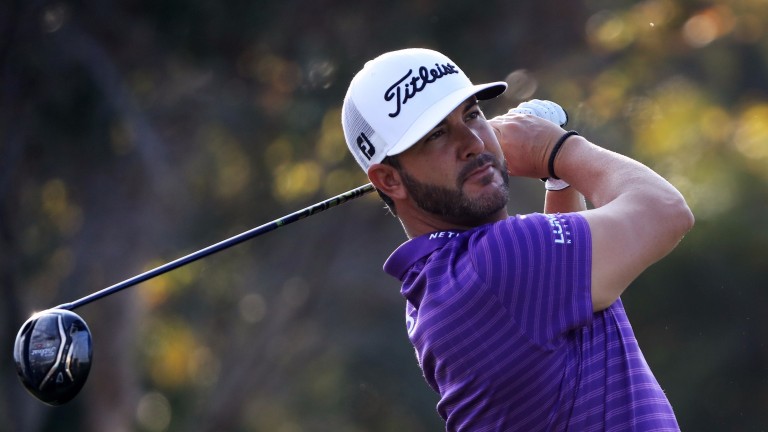 Jon Rahm, the latest champion on the US Tour, has been handed a place in the marquee threeball of the Phoenix Open and will tee up alongside tournament favourite Jordan Spieth.

Rickie Fowler completes the line-up for the 2.57pm (UK and Ireland time) match, a contest which will be followed by hordes of spectators at the best attended event of the season.

Rahm, who won the Farmers Insurance Open in fine style on Sunday, looks the value option for his Phoenix group, but a more appealing threeball wager is Scott Piercy, favourite for his 3.15pm shootout with Ben Martin and Nick Taylor.

Piercy carded a round of 61 at the TPC Scottsdale in 2013, finishing third, and eight starts in the event have yielded five top-15 placings. This ultra-aggressive slugger loves the set-up in Phoenix, where attacking golf is encouraged, and he arrived this time with more confidence than ever.

Piercy took his game to a new level last year with back-to-back runner-up finishes in the US Open and WGC-Bridgestone Invitational, reaching a career high of 25th in the world rankings. The Nevada man has a great record in the desert and should flourish in Arizona this week.

Martin has missed seven of his last 13 cuts and is in danger of slipping outside of the world's top 200, while Taylor is 399th and has achieved precious little since winning the Sanderson Farms Championship in 2014. Piercy, a potential title contender, should be comfortably odds-on.

Hideki Matsuyama can boast Phoenix form figures of 4-2-1 and the increasingly assured defending champion looks a formidable favourite in the top Asian betting. Byeong Hun An, second in the betting, is making his TPC Scottsdale debut. This is a weak section for which Matsuyama should be long odds-on.

Rahm, awesome at Torrey Pines on Sunday and one of the best young players in the world, looks a bargain at 2-1 for top European honours in Phoenix. Rahm was a star at Arizona State University and he finished fifth in the 2015 Phoenix Open as an amateur.

And another tops option to consider is Matt Jones in the Australasian market. Jones lives in Scottsdale and can use his local knowledge to good effect against seven eminently beatable Australasian opponents.