Confident Kisner can go one better with West Virginia victory 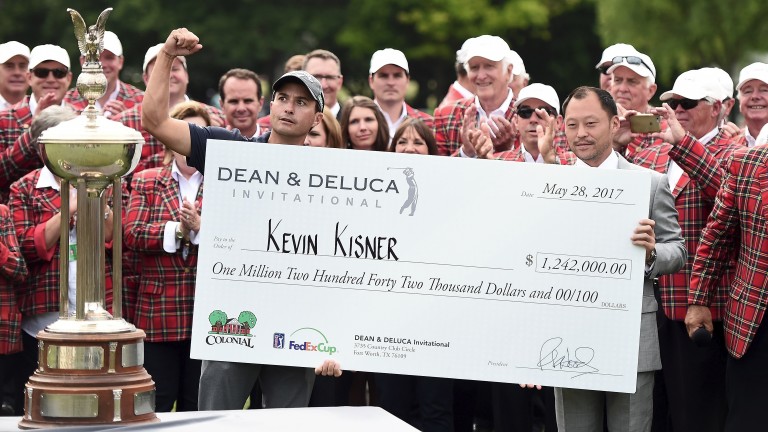 Champion's top tip
Kevin Kisner 16-1
Patrick Reed heads the betting for the Greenbrier Classic in White Sulphur Springs, which returns after being cancelled last year due to severe flooding, and the Texan firebrand looks to have an obvious chance of returning to the winners enclosure at the Old White TPC.

Ryder Cup star Reed has found it tough since Hazeltine but recent signs have been positive for the 26-year-old, who last registered a victory at the Barclays in last year’s FedEx Cup playoffs. That was over ten months ago and a player of Reed’s talent will be itching to regain that winning feeling.

After a poor start to the season, Reed’s form went from bad to worse when he missed three consecutive cuts in April but he’s turned things around since to make the weekend in each of his last eight tournaments.

He’s beginning to look like a contender again and posted his best finish of the season with a top-five at the Travelers Championship two starts ago but his standing as tournament favourite is based as much on his reputation as it is on form. He has an ordinary Greenbrier record and can be passed over.

Reed is joined at the top of the market by Kevin Kisner and the Carolinian rates a solid option in a field where there are question marks over many of the main protagonists.

Kisner missed the cut on his first three appearances at the Old White but the 33-year-old is a different player these days and will take inspiration from his fourth and last visit to White Sulphur Springs when he was beaten in a playoff by Danny Lee two years ago.

The greens-in-regulation machine had been struggling to get over the winning line since gaining a first PGA Tour success at the 2015 RSM Classic, spurning a number of winning opportunities this season before he finally triumphed at the Dean & Deluca Invitational at the end of May.

A second title was long overdue for a player who has registered six top-ten finishes in 18 tournaments this season and missed only two cuts. Kisner followed up his D&D success with another top-ten at the Memorial before struggling to go the pace in the US Open.

He should be raring to go after a couple of weeks off.

Next best
Russell Henley 40-1
Russell Henley has had mixed fortunes since his Houston Open victory in April but the streaky 28-year-old closed with a 67 at last week's Quicken Loans National and should be kept onside in West Virginia.

Henley has played eight times since capturing a third PGA Tour title in Texas, missing three cuts but also playing some solid golf at the Masters, the Players and the US Open.

The former college star ranks 24th on the tour in greens in regulation and 14th in strokes gained putting - his putting stats were higher than in any PGA Tour event since Houston at TPC Potomac last week. Both attributes will be crucial if he is to have a solid week at the Old White.

Henley makes his third appearance at the Greenbrier and will be confident of success after finishing fifth behind Lee in 2015.

Other selections
Johnson Wagner 100-1
Ted Potter Jr 125-1
Johnson Wagner has had a poor season, missing 14 cuts in 21 starts, but after failing to make the weekend in five consecutive events he took a step in the right direction with a 43rd-place finish at the Travelers Championship, opening up with a 64 that was bettered only by winner Jordan Spieth.

Wagner followed up that performance by grabbing a share of fifth at the Quicken Loans, recording his best green-in-regulation statistics in three months, while his strokes-gained-putting have improved significantly in the last fortnight.

He will be hoping to continue that form at the Old White, where he boasts a solid Greenbrier record of MC-11-64-2-26-32.

Ted Potter Jr won the 2012 Greenbrier in a playoff when a virtually unconsidered 500-1 shot. Betfair offered the same price on Tuesday but it was soon snapped up by shrewd punters who see the 33-year-old Florida man as more than an outsider.

There could still be value in treble-figure quotes as Potter, who also finished in the top ten when attempting to defend his title a year later, has been in fine form on the Web.com Tour this season.

He is winless this year but this terrific putter boasts nine top-20 finishes from 13 starts on the second-tier tour and could put up a bold bid to regain his crown.

Others to note
Phil Mickelson
Lefty tees it up for the first time since his split with long-term caddie Jim ‘Bones’ Mackay with brother Tim on his bag. Winless for almost four years and missed cut in all three previous Greenbrier starts.

Danny Lee
De facto defending champion after last year’s event was cancelled. Has been in decent form but that’s reflected in his price.

David Lingmerth
Failed to go wire-to-wire after leading at the end of the opening three rounds of the Quicken Loans but has been in great touch recently. Finished two shots off the pace here in 2015.

Braden Thornberry
Individual winner of the NCAA Championships - the top collegiate competition in the US - and tied-fourth at the St Jude Classic on his PGA Tour debut. Exciting prospect who could make an impact in this field.

Si Woo Kim
Injury-plagued Players champion would be attractive at a massive price if he wasn’t so woefully inconsistent. Finished T13 at the US Open before opening up with a dreadful 79 at the Quicken Loans.

When to bet By noon tomorrow

Where to watch Live on Sky Sports from 8pm tomorrow 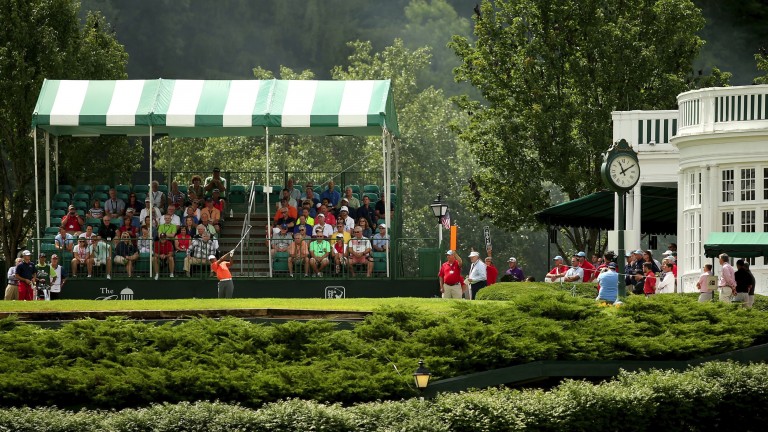 The first tee at the Old White TPC
Darren Carroll

Course overview US Tour chiefs oversaw a redesign of The Old White which was supposed to make the layout tough enough to stage a tournament, but when it made its bow in 2010 Stuart Appleby carded a final-round 59 en route to a 22-under-par total. The track was obliterated by a moderate field.

Only three players finished double-digits under par in 2011, with the course lengthened and narrowed, but another birdiefest took place in 2012 (16 players ten under or better).

The course has settled down on the circuit as mid-range in terms of difficulty. The old-fashioned design closes with a fairly easy 175-yard par-three. The other three par threes are much longer (totalling 656 yards).

There are only two par-fives (12th and 17th) and they are the easiest holes. The 492-yard par-four 13th is the most difficult assignment. The fairways are generous and the greens undulate and it generally rates as one of the easier par 70s on the tour.

Story of 2015 No play was possible last year due to severe flooding but Danny Lee grabbed the headlines at the Old White in 2015. The New Zealander opened up with a seven-under-par 63 on Thursday before defeating David Hearn, Kevin Kisner and Robert Streb in a Sunday playoff.

Weather forecast Thunderstorms could prove disruptive on Thursday when heavy rain looks likely. The weather looks set to get steadily better throughout the weekend and Sunday, with rain-softened greens, could prove to be the best time to play. Late charges look possible.

Type of player suited to challenge Evidence of the six Greenbriers at this TPC indicate no particular type of player is favoured. Sound putting, as is so often the case, is the key to success and attacking the flagsticks should pay dividends.