Gunners starting to hit their stride 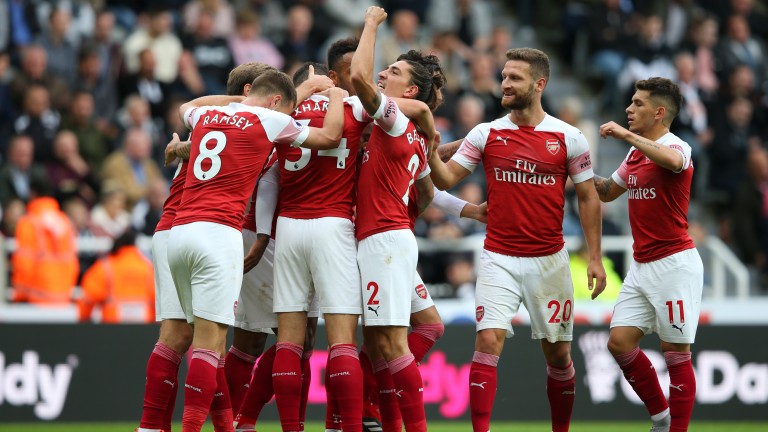 Last season the Gunners were Europa League semi-finalists and they have every chance of going a step or two further under Unai Emery, who won the competition with Sevilla in 2014, 2015 and 2016.

Emery sees no reason why he cannot repeat the feat with the Gunners and has taken his strongest available group of players to Azerbaijan.

Only their injured players and Henrikh Mkhitaryan (denied entry due to the political hostility between Armenia and Azerbaijan) have been excused the trip with Emery happy to prioritise the Europa League and trust in the fitness of his players, who face Fulham at Craven Cottage on Sunday lunchtime.

The Gunners got off to a strong start in the group by winning 4-2 at home to Vorskla Poltava and it would have been far more convincing without late lapses in concentration which allowed the Ukrainians to score twice inside the final 15 minutes.

Emery is searching for a 90-minute performance against Qarabag and if he gets it a comfortable victory is on the cards.

Qarabag have benefited from recent investment and reached a high point last season by qualifying for the Champions League group stage.

They picked up two points in a tough section, drawing home and away to Atletico Madrid. But they were outclassed twice by Chelsea, losing 6-0 at Stamford Bridge and 4-0 in Baku.

Having had a taste of Champions League group-stage football, Qarabag will be desperate to get back there as soon as possible.

But they were knocked out in the third qualifying round this summer – losing 2-1 on aggregate to BATE Borisov – and started off their Europa League group with a 2-0 loss to Sporting in Lisbon.

In their three previous Europa League group stage campaigns (2014, 2015 and 2016) they finished third, fourth and third.

Another bottom-two finish looks likely and the gap in class between the Azeris and Arsenal is wide enough to justify backing the visitors at -1 on the Asian handicap. Stakes will be returned if they win by one goal and the bet brings a profit if they succeed by two or more.