Conditions may be right for Glover to spring a surprise

The veteran golf judge gives us his selections 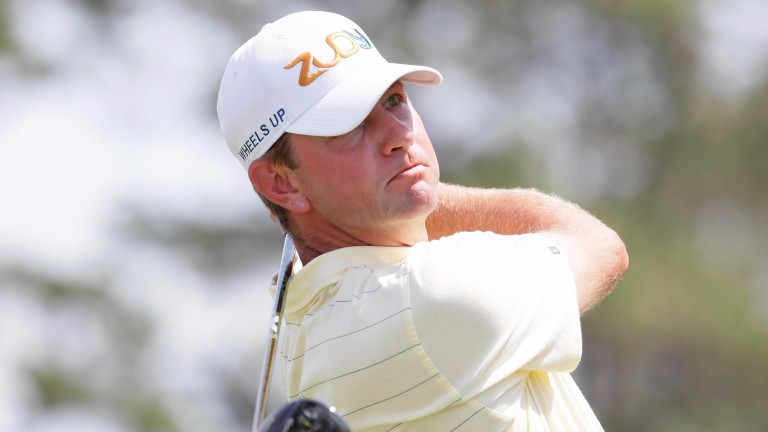 Does anyone else sniff a totally inexplicable 200-1 US Open winner in the air? We're due one after a long run of golfing royalty Rory McIlroy, Justin Rose, Martin Kaymer, Jordan Spieth and Dustin Johnson ruling the roost.

You could say Webb Simpson's win at Olympic in 2012 was a bit of a shock but we have go back to Lucas Glover's Bethpage Black triumph three years earlier and Michael Campbell at Pinehurst in 2005 for head-scratchers of seismic proportions.

One minute I'm beside the 18th green at Walton Heath as Cambo sinks the 8ft birdie putt that earns him the ninth and final spot in the European qualifier. A couple of weeks later I'm watching the New Zealander on TV shooting 69 when everyone else in the last two groups is in the 80s and he's suddenly, at 200-1, the least likely US Open champion this century.

The story doesn't end there because, three months later, he goes on to pick up what was then the biggest cheque in golf, £1m, at the HSBC Match Play Championship.

And that was it. Finished. Never won another tournament, never threatened to, and after a few years of many missed cuts, done and dusted. Couldn't hit his backside with a banjo. Toast, as Americans would say.

Fast forward to 2009. I had other things on my mind. Like throat cancer. So I was wondering whether I'd had one slug of morphine too many as Glover, Ricky Barnes and one-time world number one David Duval, a yesterday's man from so far back he'd gone mouldy, fought out the jewel in the American crown when they were supposed to be on their way home. Where had all the stars gone?

The weather was vile all week. Delays were many. They started the final round on Sunday evening, finished it on Monday. It was 225-1 shot Glover who got his name on the trophy. He's won only once since and none for seven years.

Could he be the triple-digit winner we are trying to identify for Erin Hills? Not impossible. The weather in Wisconsin isn't going to be too clever. Storms are brewing. And low-ball hitter Glover thrives on wind which he'll get plenty of in this remote northern corner of the golfing world.

Moreover, old Lucas is starting to show a bit of form. This dreadful putter is actually holing a few. Sixth at Sawgrass, seventh at Bay Hill. And the price is right too. 175-1. Just saying ...

This is not a tournament I have any strong fancy for given that we haven't seen the course? They say Erin Hills is a long hitters' track with wide, wide fairways with wind, many blind shots and properly penalising bunkers as its defence.

It's hard to find anyone with a kind word for it which is why Dustin Johnson might be a favourite worth supporting. DJ has tweeted he'd had a couple of practice rounds there and really rated the place. If he's comfortable there, the others might as well not turn up.

US Opens traditionally are par 70s. This is the first 72 for 15 years which means four reachable par fives instead of two - and DJ is the top man on fives. An early tee-time on day one also means he'll have the best of the greens.

It's all looking good for the man who had a 12ft putt to win at Chambers Bay two years ago, screwed up big time, but showed an unflappable temperament to make amends a year later despite the bungling USGA making it as difficult as possible by dithering over a rules dilemma.

But DJ hasn't been nearly so dominant since resuming after the slip on the stairs that ruled him out of the Masters and I'm putting up Team Scott - laid-back Adam and kick-ass caddie Steve Williams, taken on for eight weeks specifically for the majors - as the each-way value at 33-1 to beat him.

They flourished together when Scott won his only major at Augusta four years ago and Williams will again be giving his paymaster plenty of this and that to put some much-needed fire in his belly. It is significant that Scott's two best performances this year have come on the biggest stages, Masters and Players, and he's very bullish about the state of his game.

Don't let the cramped odds put you off the amazing Jon Rahm, possibly the most exciting golfer to emerge since Tiger Woods. He's fearless and on a level playing field for a change as more experienced rivals won't be familiar with this course either.

Branden Grace, top five at the last two U.S. Opens, dark horse Kevin Chappell and Belgian bomber Thomas Pieters can also get in the mix - and don't rule out McIlroy despite the Irishman having such a frustrating preparation. He might do better with the spotlight off him.

And then there's that man Glover ... or am I dreaming?