Conditions look ideal for Grant to show his best 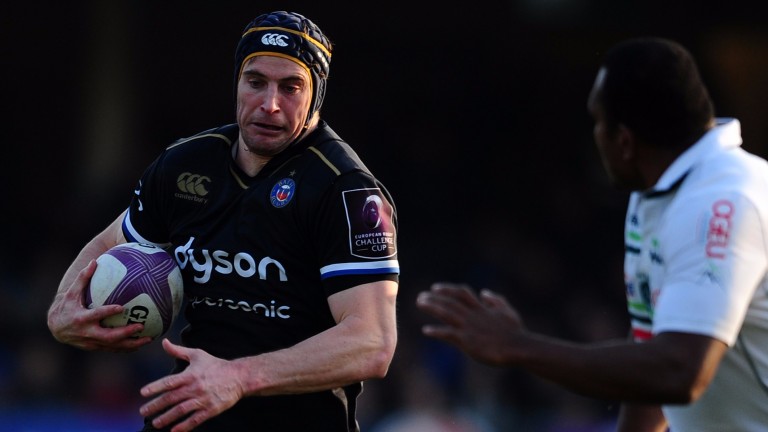 Back Bath number eight Paul Grant to score a try in the televised Anglo-Welsh Cup clash at the Rec between West Country rivals Bath and Gloucester.

Experienced Kiwi Grant bagged a brace for Bath before being replaced with a little less than half an hour to go in Saturday’s Challenge Cup home 69-10 thrashing of Pau and he was a prolific crosser of the whitewash last season at Nottingham with 19 tries in 25 Championship and British & Irish Cup outings.

Both head coaches have named exciting, high-quality backlines for the encounter with the teams playing catch-up in their respective pools and Grant, who led Otago to their last Ranfurly Shield success in 2013, was lively enough around the pitch to win New Zealand Sevens caps in his youth. He was signed by Todd Blackadder on a short-term deal in September precisely because of his dynamism with ball in hand and in support of backline breaks.

However, what makes the bet really appeal is that wet and gusty conditions are forecast so there may be plenty of rolling mauls off line-outs and forward pick-and-gos and Grant will be part of a Bath pack who look superior on paper to the Cherry & Whites in the front and back-rows.

Gloucester get a five-point start from their hosts, who are all but out after defeats to Leicester and Scarlets, as they lost 19-13 at Northampton after staging a stunning second-half comeback to edge out Saracens 36-32 in round one.

Sale have named a near full-strength side for their home game with Cardiff and they look worth a wager to give up 11 points on the first-half handicap.

Sharks head coach Steve Diamond clearly sees this as an opportunity to get confidence back in the camp – as much as a chance to keep semi-final hopes alive – whereas the Blues seem to have accepted elimination.

At Parc y Scarlets, both Scarlets and Saracens, who give up four points, will still harbour hopes of sneaking a last-four berth.