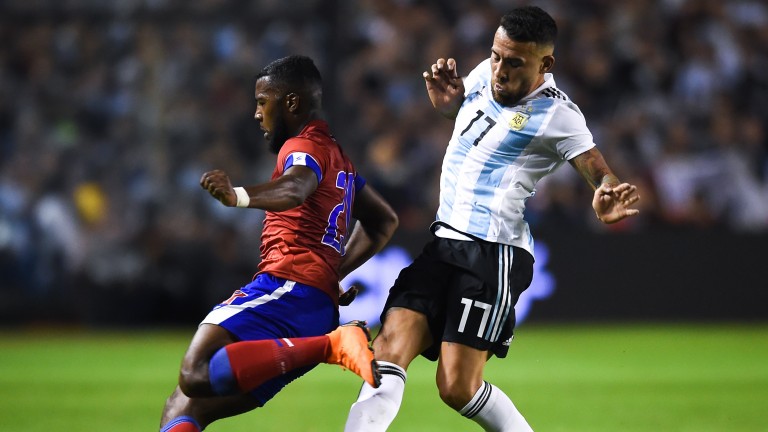 Bermuda have qualified for the Concacaf Gold Cup finals for the first time in their history but are likely to be out of their depth in Group B, starting with their opening match against Haiti in San Jose, Costa Rica.

The Bermudans – managed by former Walsall centre-forward Kyle Lightbourne – have a Premier League striker in their squad in Burnley's Nahki Wells.

But several of their players are of non-league standard and look set to be outclassed by Haiti, who were Concacaf Gold Cup quarter-finalists in 2009 and 2015.

Haiti have some decent attacking options, including Sint-Truiden's Duckens Nazon and New York Red Bulls' Derrick Etienne, and should be in command by half-time.

Costa Rica take on Nicaragua in the second of the evening's games, also at San Jose, and are highly likely to make the most of home advantage.

The Costa Ricans were Gold Cup semi-finalists in 2017 and are 2-11 to make a winning start against Nicaragua, who lost 5-1 away to Argentina in their final warm-up match.