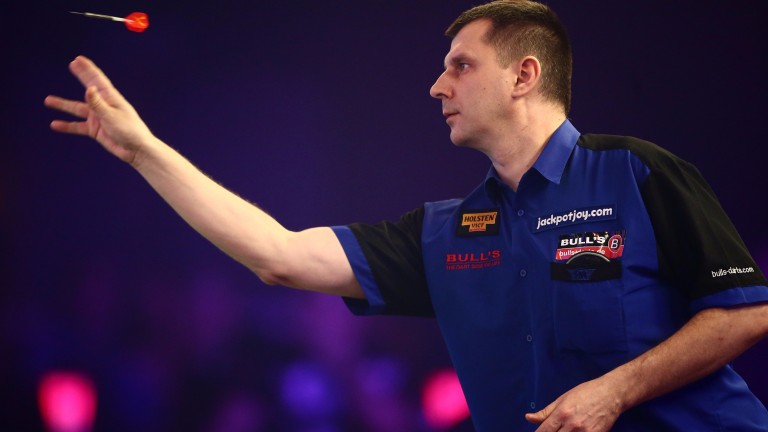 Kent brickie Conan Whitehead has every chance of cementing a place in the last 16 of the BDO World Championship by beating Darius Labanauskas at the Lake­side Country Club this evening.

Labanauskas has endured two previous visits to Frimley Green for the worlds and has lost his first match each time.

Seeded eight this year having travelled Europe picking up cheap ranking points, he's the clear favourite though this promises to be a messy, drawn-out affair which the Englishman could well win.

Whitehead's confidence is up after he got into the Finder Masters last month – he won one and lost one – and as a former PDC card-holder he's clearly got a bit about him.

He beat Roland Scholten in the 2013 UK Open, though he found his two campaigns in the PDC ranks brutally difficult. There looks a lot less between these two than the prices imply.

Krzyzstof Ratajski took out a Dutchman in his preliminary-round clash and can run another one close in round one.

Ratajski showed bags of grit in a marathon duel with Willem Mandigers on Sunday – the first four sets all went the distance before the Pole got up 5-4 in the last.

A former World Cup player, Ratajski will fancy he can ruffle the feathers of Wesley Harms, a player who can be flaky.

Sparky enjoyed a couple of singles wins in 2016 and has twice reached the semis at Lakeside, but he does get involved in some nailbiters. Both of his wins last year – against Seigo Asada and Jim Williams – went the distance and so could this one.

Elsewhere, serial struggler Ross Montgomery is back after threatening to quit 12 months ago, but looks to have a real challenge against Richard Veenstra, semi-finalist last January.

The Boss, who has suffered five first-round exits in nine trips, reckons he's relaxed and under no pressure, though he can still be a bag of nerves around the doubles and his last showdown with Veenstra ended in a heavy defeat.