French Open hero not as convincing on hard as on clay 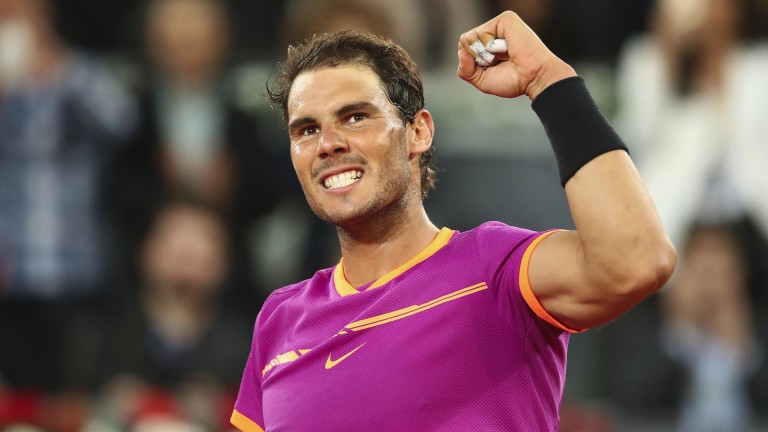 Nadal v Rublev
Rafael Nadal is a master at dominating opponents on any terrain and the man who has replaced Roger Federer as favourite for the US Open is not easily opposed in his New York quarter-final on Wednesday.

The Majorcan will probably dominate Andrey Rublev just like he does the majority of his rivals and it's especially hard to take on the Pearl of Manacor after he pasted in-form Alexandr Dolgopolov 6-2 6-4 6-1 in the last 16.

But there is hope for Rublev, who is making his big breakthrough at Flushing Meadows after being earmarked as one of the finest young talents in the sport.

Taro Daniel and Leonardo Mayer both won sets against French Open champion Nadal in earlier rounds of the tournament, and Russian teenager Rublev, with his calm, almost languid hitting style, could cause problems for the 31-year-old, who has not been as convincing on hard courts as he was on clay.

Rublev gets a start of 7.5 games from most bookmakers, but 188Bet award him 8.5 at an acceptable price and on this occasion it could just be worth swimming against the tide and supporting the outsider.

Federer v Del Potro
Roger Federer is the likely victor in his 22nd clash with Juan Martin del Potro – the Swiss ace leads their personal series 16-5 – but it's difficult to be sure about what might happen in meeting number 23.

Federer did well to dismiss Philipp Kohlschreiber in straight sets but has been having some back trouble, while Del Potro fought off illness to deny Dominic Thiem in a five-set thriller.

That long outing is unlikely to aid his cause against Federer, but the veteran is not guaranteed to be able to keep pulling out the stops at the highest level indefinitely.

With it being a difficult choice about whether to support or oppose Federer on total-games handicaps, having an interest on the clash to feature a tiebreak at 8-13 can be considered. It's a 1-2 shot elsewhere.

Karolina Pliskova v Vandeweghe
Karolina Pliskova has been a little inconsistent in New York this year. She started slowly in rounds two and three but was superb in her latest outing against Jennifer Brady. There is a chance for Coco Vandeweghe to apply pressure on the top seed.

Vandeweghe has won two of their last three meetings and went down in a close match on clay in their latest rumble, so with Pliskova far from convincing in general the outsider could make the most of a start of 3.5 games.

Keys v Kanepi
Kaia Kanepi, advised at 150-1 to win her second quarter of the draw before the US Open started, faces her toughest test of the tournament and it's no surprise to see Madison Keys installed a hot favourite to see off the experienced Estonian.

Kanepi won their only previous meeting 6-4 6-3 on a Spanish clay court in 2015, but she will do well to withstand the barrage of shots that are likely to come her way on DecoTurf.

Keys could dominate, but for those looking for an interest a handicap of 5.5 games may be doing Kanepi a slight disservice.