Comer geared to galvanise Galway back to the big time 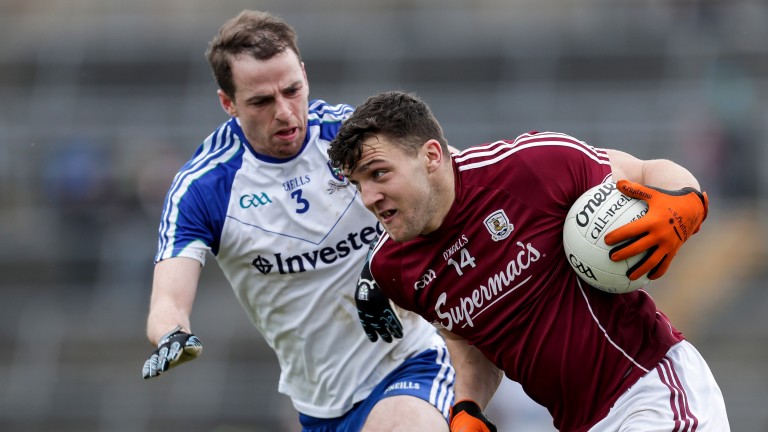 Dublin are the best team in the country but they look too short to get stuck into for All-Ireland glory.

There are plenty of variables involving the boys in blue, including the possibility of Diarmuid Connolly not lining out this year, Con O’Callaghan potentially playing for the hurlers, Bernard Brogan sidelined through injury and quality performers such as Paul Flynn and Philly McMahon getting on in years. Do they still have drive to win yet another All-Ireland?

As a Meath man I would love to see the Dubs knocked off their perch and I really fancy Galway. Their drawn encounter against the champions in the National League showed that they are a classy outfit under their fantastic manager Kevin Walsh and they probably didn’t perform to the best of their abilities against the All-Ireland champions in the league final.

They have impressed me over the last three years with their progression and are more experienced now, with Damien Comer and his crew really stepping up to the plate. If Shane Walsh can come back to the form of his first year at senior level, the Tribesmen will possess two of the best footballers in the country. Galway are a cracking wager at a double-figure price to go all the way.

The Tribesmen make plenty of appeal in the Connacht championship too at a generous price. They look to have more young talent than Mayo, who are on the way out for the past number of years but this campaign could well be when they struggle most.

I fancy Tipperary to beat Cork in the Munster semi-final and, if they can catch Kerry on a bad day, they have a chance of causing an upset in the decider. They might represent some value to lift the silverware at 13-2, although Kerry are difficult to get away from.

It will be interesting to see how Donegal shape up this year in the Ulster championship, having heard that there may have been some unease in the camp over the last couple of months.

I wouldn’t be surprised to see Cavan put it up to them, but regardless I couldn’t see either of those sides getting the better of Tyrone in an Ulster final. They look the pick at 5-4.

Dublin are so far ahead of everyone else in the Leinster championship. I’d probably rank Kildare as the second-best team in the province with some exciting footballers, particularly from their midfield to forward lines.

Of those prominent in the market to reach the Super 8s, Roscommon look a bit short and the team I fancy at a juicier price are Cavan. They have a lot of nice young footballers and have been progressing well over the past few years. I’d be interested in a sneaky little bet on them.

Ciaran Kilkenny looks a worthy favourite in the Footballer of the Year market but, despite their Sam Maguire success in the last two years, Dublin have not supplied the winner of this prize, which is a worry if you are backing him at a short price.

Bearing in mind the fact that I believe Galway have an excellent chance of lifting the trophy, Comer is worth considering. He’s a goal machine, can win games on his own and has that ability to stand out to the public in an important game which can prove crucial for winning this award.

Betting on the top scorer for this year’s championship looks pretty simple in my view. Lump on Dean Rock. Dublin will win games by wide margins and Rock is the best free-taker in the country, while he also showed a goalscoring knack last season. I don’t think anyone can touch him this year.