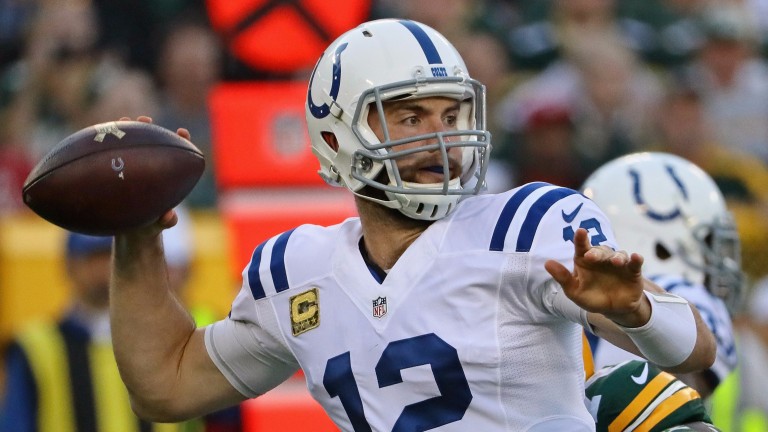 Verdict The devastation of the floods that have hit Houston could either affect the city's team positively or negatively, but the Texans have generated some excellent PR that means the people will be strongly behind them.

Their defence should be as powerful as ever, particularly with a fit JJ Watt, but their quarterback issues probably won't be resolved until rookie Deshaun Watson forces his way into the picture.

Wide receiver DeAndre Hopkins and running back Lamar Miller are strong performers but there are just too many imponderables and a better assessment of their chances may be made in five or six weeks.

Verdict Indianapolis's hopes centre upon whether they have the ability to get quarterback Andrew Luck fit and keep him on the field and it is a big concern that their pass protection is not great.

Luck's importance to the offence is magnified by the fact that running back Frank Gore is 34 and his best years are behind him. The defence is little to shout about either, although the Colts will expect improvements after boosting their secondary with their first two draft picks.

As they play the LA Rams, Cleveland, San Francisco and Jacksonville in their first eight games, it is going to be a long campaign if they do not get off to a fast start.

Verdict It is getting to the stage for the Jaguars where patience is wearing thin with quarterback Blake Bortles, but maybe the return of Super Bowl winning coach Tom Coughlin as vice president of operations could instil some needed discipline.

Bortles has some decent receivers in Allen Robinson and Allen Hurns, while big things are expected of running back Leonard Fournette who cannot help but improve one of the league's most dismal rushing offences.

Defensive improvements have been made but there appears to be still a long way for the Jaguars to go before they can be considered solid divisional contenders.

Verdict This division could be there for the taking for the improving Titans, who claimed their second winning season in the last eight in 2016.

Marcus Mariota is developing into an excellent quarterback and his outlets look stronger this year with the drafting of Corey Davis and the acquisition of former Denver and Jets receiver Eric Decker.

An excellent offensive line can benefit rusher DeMarco Murray again. Their defence is good at pressuring quarterbacks and stuffing the run, while the secondary has been improvement. They could have an excellent season and look the strongest team in what could prove a weak section.