Colombia set to pile the pressure on fragile hosts 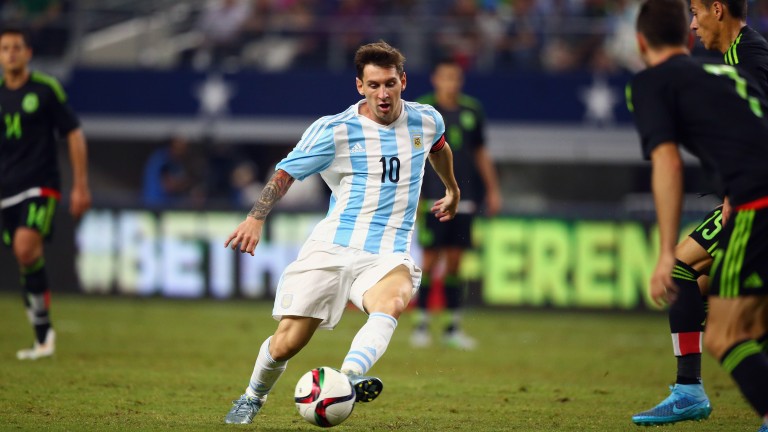 Lionel Messi has been struggling to find his form for Argentina
Ronald Martinez
1 of 1
By Aaron Ashley 7:00PM, NOV 14 2016

Edgardo Bauza’s talented mob are failing to show their ability on the pitch and they have slumped to back-to-back defeats – to Brazil and Paraguay – without registering a single goal.

In fact, the 2014 World Cup runners-up are without a win in four competitive matches and consecutive 2-2 draws with Venezuela and Peru demonstrate how far they are currently performing below their best.

The hosts find themselves sixth in South America’s preliminary competition, three points adrift of Colombia, and victory tonight would put them back in the driving seat to reach the World Cup finals in Russia.

However, Argentina are as short as 1-2 to silence their doubters this evening and in their current form that represents an unbackable price.

The frightening frontline consisting of Lionel Messi, Gonzalo Higuain and Sergio Aguero have conjured up just four home goals in this qualifying campaign and it could be worth taking a chance that Colombia’s resolute defence have the will to keep them out.

The visitors have lost only one of their last six matches, keeping four clean sheets in the process, and given Argentina’s state, backing Colombia or draw double chance looks a sensible play.

Los Cafeteros possess plenty of talent of their own and given the chance James Rodriguez could hurt the hosts’ fragile backline.