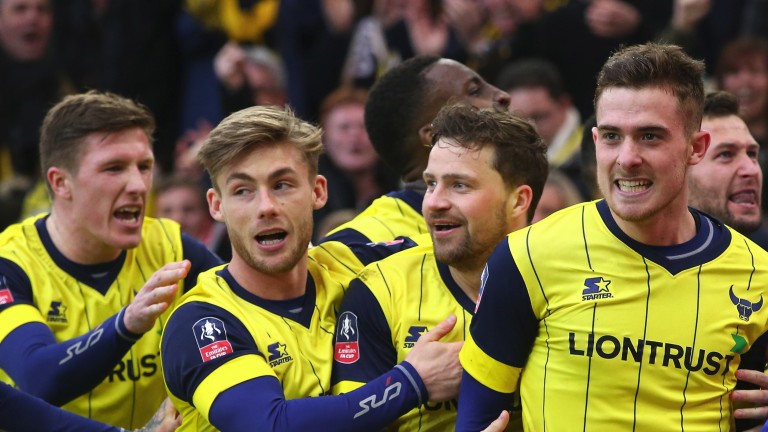 Oxford have an outside chance of reaching the playoffs
Alex Livesey
1 of 1
By Aaron Ashley 8:00PM, APR 4 2017

A tally of just one win in five Sky Bet League One games has put the brakes on Fleetwood’s push for automatic promotion and their hopes could all but end with defeat at Oxford.

The Cod Army are experiencing a sticky spell as the pressure begins to mount and a trip to Oxford, who are in with an outside chance of reaching the playoffs, could spell trouble.

Uwe Rosler’s men were brilliant from mid-November until the start of March - losing just once - but they have suffered two league defeats in the space of three weeks and look a shadow of the side they were earlier in the campaign.

The visitors were beaten 1-0 at home to relegation-threatened Swindon on Saturday, extending their goalless run to three matches, and the sinking feeling could continue at the Kassam Stadium.

Oxford will need to bounce back from their Wembley upset against Coventry, but the U’s have notched 11 times in their previous four home games and should have too much firepower for toiling Fleetwood.

Victory for Sheffield United over Coventry, combined with a Fleetwood defeat at Oxford, would confirm the Blades’ promotion to the Championship.

However, the Blades are rarely emphatic winners at Bramall Lane and it's worth taking a chance that the rock-bottom visitors keep the scoreline respectable.

Mark Robins has had a big impact on Coventry’s performances since being appointed manager last month and the Sky Blues are seeking a fourth straight win.

Sheffield United have conceded in five of their last six games and Coventry, despite being bound for relegation, have players at their disposal capable of causing plenty of problems.

Elsewhere, in the Championship title-chasing Newcastle should justify their skinny odds against Burton.