Klaasen to show his class 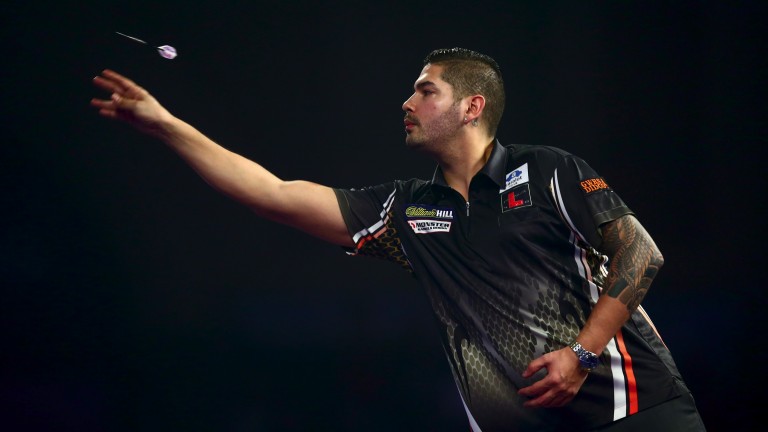 Day eight of the William Hill World Championship opens with an all-Dutch affair featuring 2006 BDO champion Jelle Klaasen, a title dark horse who could go far in the competition.

Klaasen, Lakeside victor at the tender age of 21, stormed to the semi-finals at Alexandra Palace last year and is capable of beating anybody.

A lightning-fast action means he typically does not have time to feel tension in his arm and The Cobra dumped out Phil Taylor in round three 12 months ago in a thriller which went the distance.

Klaasen, runner-up in the German Darts Championship in October, will expect to make short work of Jeffrey de Graaf. The 26-year-old outsider, who has never even reached the second round at the Lakeside, is making his Ally Pally debut and should be outclassed.

Vincent van der Voort was best man at Michael van Gerwen's wedding and spends a lot of time in the company of the world number one, but none of the magic being provided by Mighty Mike is inspiring his lanky compatriot.

Van der Voort has made the quarter-finals just once in his last 26 tournaments – a humdrum Players Championship event in Barnsley where he bowed out at the last-eight stage – and his confidence is low at the age of 41.

There is no urge to weigh in at a best-price 4-7 for a tricky assignment against cocksure German 20-year-old Max Hopp.

These two met in the second round of the 2015 World Championship – a 4-0 Van der Voort triumph – but the favourite was buzzing then and gave Taylor a fright in the quarter-finals.

Hopp has won at least a set in all three of his Ally Pally first-round jousts and can force this one all the way, before experience tells at the death.

Dave Chisnall defeated Rowby-John Rodriguez 3-0 when they met in the first round of last year's World Championship, but the scoreline flattered the victor. All three sets went to a deciding leg, with the favourite nailing the decisive darts, and the rematch could be close.

Rodriguez beat Chisnall 6-3 in a UK Open qualifier in February and 22-year-old RJ still has plenty of time to fulfil his undoubted potential.

Rodriguez is yet to win a set at Ally Pally – Raymond van Barneveld delivered a whitewash in his other appearance – but Little John has marched to the quarter-finals in a couple of recent PDC Pro Tour events and is no mug.

Gary Anderson and Adrian Lewis are two prize scalps that Rodriguez has already collected in his short PDC career, and this is certainly no gimme for Chisnall. The 5-1 outsider is worth supporting on the main handicap which requires him to win a set.

Phil Taylor has been bullish about his title chances and The Power's supporters are getting excited, but Kim Huybrechts could provide serious third-round opposition.

Huybrechts can be fancied to see off James Wilson with the minimum of fuss to inch closer to a tussle with Taylor.

Huybrechts, the 2012 World Championship quarter-finalist, is a 31-year-old underachiever with bundles of ability. The Belgian can be sensational – his nine-dart finish in a 16-10 destruction of Van Gerwen in the 2014 Grand Slam is a good example – and capable of troubling anyone.

Wilson, a 44-year-old Ally Pally debutant, won his last meeting with Huybrechts – a 6-3 victory in the European Championship at the end of October – but the extra experience and class of the Hurricane should tell on the grandest stage of them all.