Scarlets look a cut above Ospreys 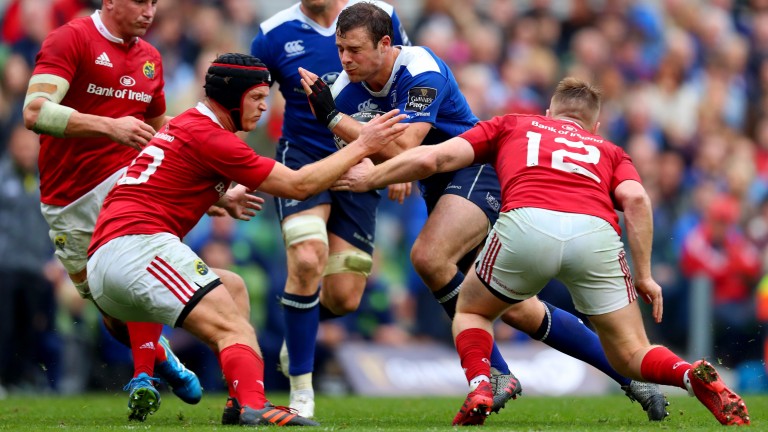 Leinster v Munster
Sky Sports Main Event/Arena, 2pm Saturday
Saturday's match of the day is at Dublin's Aviva Stadium where a crowd of approaching 50,000 is expected for the big derby showdown.

Leinster and Munster will have one eye on next week's European Champions Cup but that should make for an even more intense clash as the two fierce rivals look to get up to speed for the challenges ahead.

The provinces are getting close to full strength as Leinster centre Robbie Henshaw makes his first start of the season having been injured on the Lions tour, while Keith Earls is on the wing for Munster for the first time in this campaign.

Munster have mixed up their attacking options as Ian Keatley and JJ Hanrahan line up again at fly-half and full-back but Tyler Bleyendaal lines up at number 12.

Coach Rassie Erasmus correctly predicted that the introduction of his Lions players in last week's clash with Cardiff would lead to a disjointed performance, at least in the early stages, and we may see a similar story played out.

From trailing 16-10 at the break, Munster rallied to beat the Blues 39-16, although they face a tougher task breaking down a Leinster defence who suffered a heavy defeat to the Cheetahs in Bloemfontein but have shipped just three tries in their other four matches.

Ospreys were also heavily beaten by the Cheetahs last week, their fourth successive home defeat, and look up against it in a home clash with the high-flying Scarlets (S4C, 7.45pm Saturday).

Defending champions the Scarlets have won four of five, their only defeat coming at Ulster, and they were outstanding at times in their win over Connacht last week. They are narrow favourites but should make lighter work of their task.